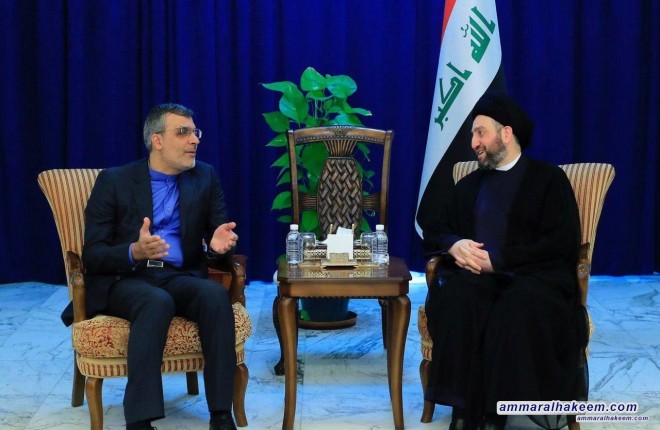 Head of the Al-Hikma National Movement, Sayyid Ammar al-Hakim, in his office in Baghdad received Iranian Deputy Foreign Minister, Mr. Hossein Jaberi Ansari Saturday, 28/9/2019
His eminence with Ansari discussed political situation in the region and bilateral relations between Iraq and Iran and ways of developing them to serve the two peoples.
His eminence stressed the need to rely on dialogue, indicated the nature of role that Iraq can play in convergence of views between parties.
Both sides discussed the Arba'een religious observance of Imam Hussein "peace be upon him" and its preparations, stressed to provide best services to pilgrims similar to every past years.