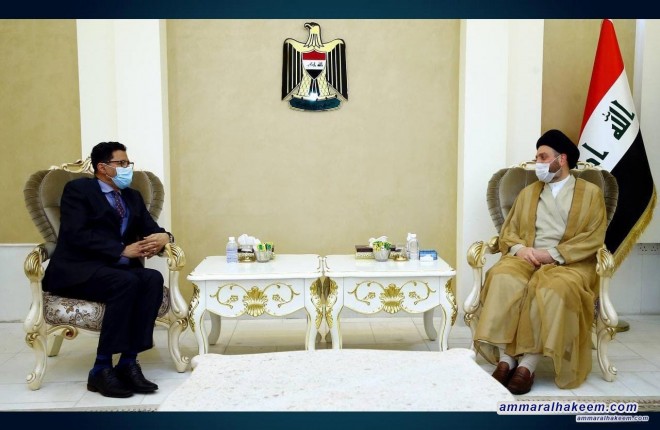 Sayyid Ammar Al-Hakeem, head of the Iraqis Coalition, received in his office in Baghdad on 4/5/2021, His Excellency the Ambassador of Mauritania, Mr. Al-Sheikh Sadati Ould Ahmed Aisha, on the end of his mission in Iraq, wishing him success on his next job.
His Eminence addressed the general political situation in Iraq and the region, as well as the bilateral relations between Iraq and Mauritania and the importance of developing and sustaining them, stressing that Iraq is open for all to achieve common interests and preserve Iraq's sovereignty.