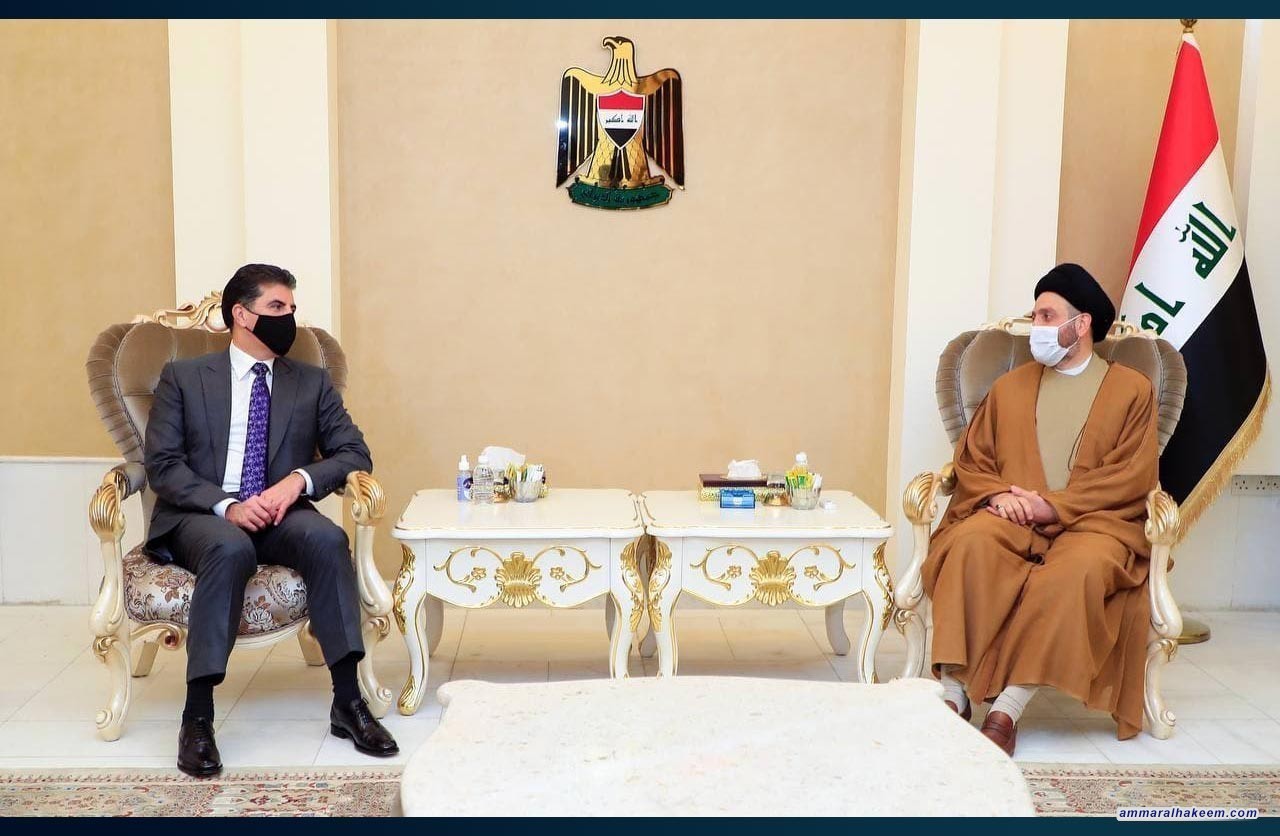 Mr. Ammar al-Hakim, head of the Iraqi coalition, received the President of the Kurdistan Region, Mr. Nechirvan Barzani, on Sunday morning 11/4/2021, and exchanged with him views on developments in the Iraqi, regional and international political scene. His Eminence lauded the approval of the budget and the adoption of dialogue as a way and approach to end the differences away from the policy of dishonoring others, stressing the need that any agenda that can have negative interactions with the interests of the country and the citizen must be kept far from political tension. His Eminence spoke about the developments in the Iraqi political scene and Iraq's relationship with its regional and international surroundings, indicating that Iraq plays positive roles in bringing points of view together between the regional and world factions, adding that all of this is linked to Iraq’s internal stability and the more we are able to achieve stability the more Iraq starts and regains its position in the region and the world.