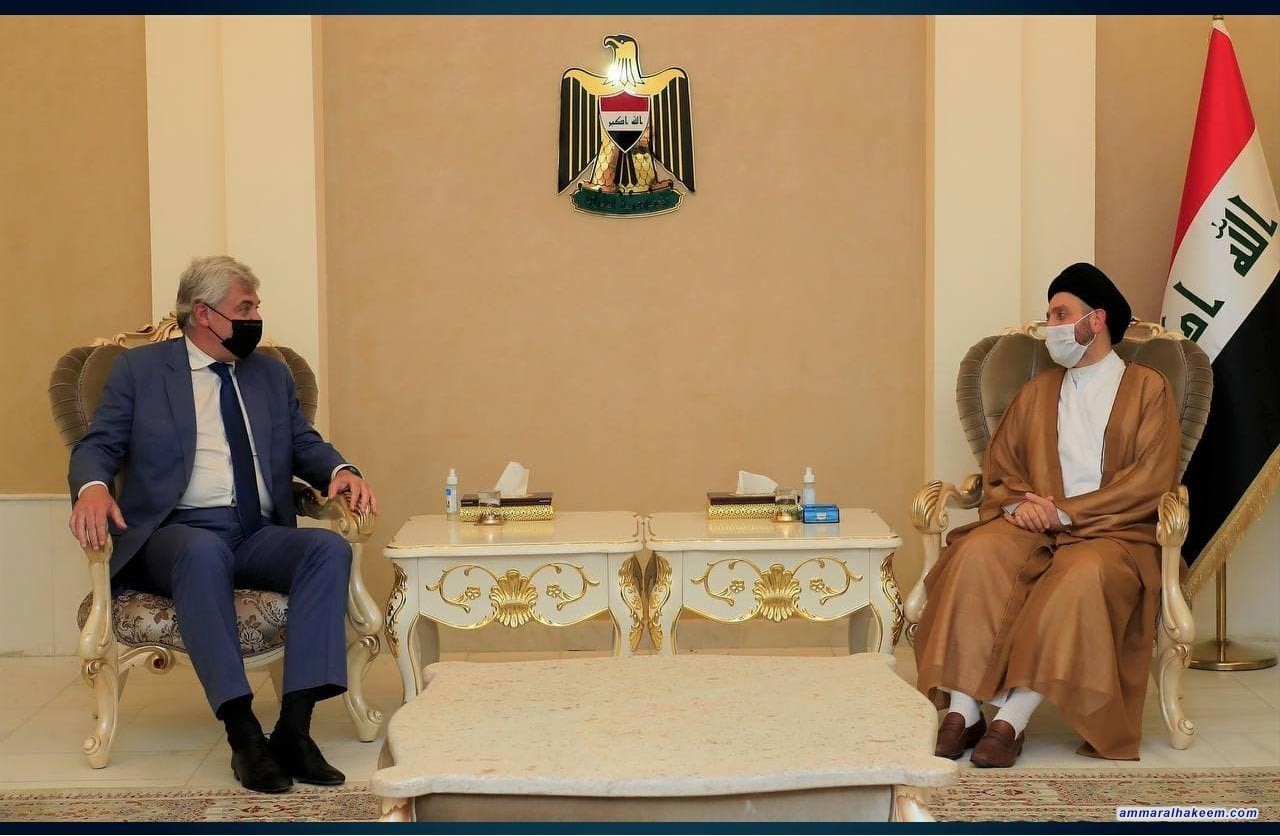 Sayyid Ammar al-Hakeem, head of the Iraqiun Alliance, received in his office in Baghdad Wendsday 21/4/2021 His Excellency the Ambassador of the Russian Federation, Mr. Maksim Maksimov, and discussed the mutual views with him on developments in the political scene in Iraq and the region. the two sides reviewed bilateral relations between Moscow and Baghdad and possible ways to develop them for the benefit of the two friendly countries and peoples.
His Eminence commended Mr. Maksimov's efforts in managing the mission of the Russian Federation with the approaching end of his tenure in Iraq, wishing him continuous success in his future missions.
His Eminence noted the importance of developing relations between Iraq and Russia and the importance of the presence of Russian companies in Iraq and investing in the promising opportunities offered by Iraq, wishing success for the Iraqi-Russian Joint Committee at its next meeting.