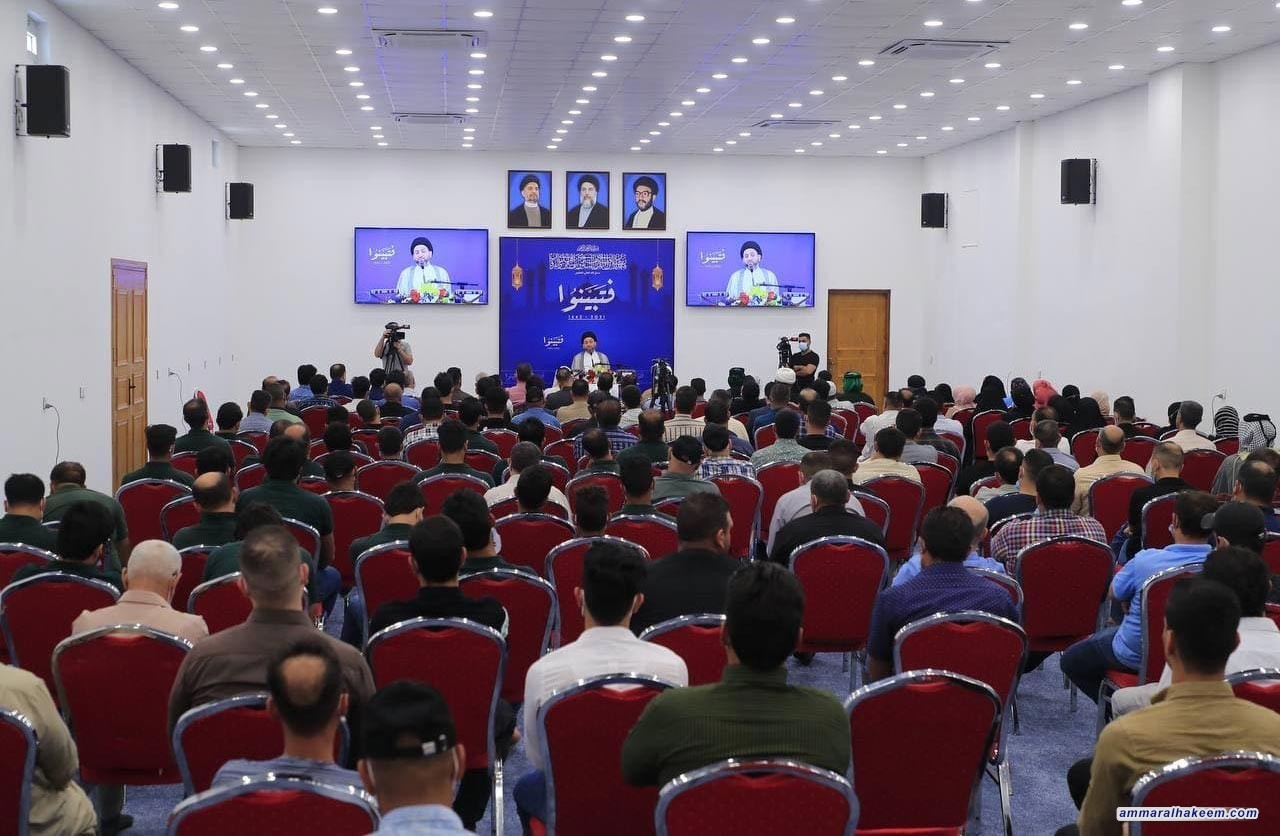 Sayyid Ammar Al-Hakeem: Immersion in the Worldly-Life Leads to Abandoning Jihad and Focusing Attention on Appearance Rather Than to the Essence

Sayyid Ammar al-Hakim, head of the National Wisdom Movement, explained in the eighth Ramadan lecture, on Monday 26/4/2021, that the thirteenth testament of injustice is immersion in the worldly-life and there were six of its implications. Considering that portioning and selectiveness are the implication of injustice. In the Name of Allah Most Merciful Most Gracious “Then is it only a part of the Book that ye believe in, and do ye reject the rest?”... In the sense that the seeker of the worldly-life shelters everything for his benefit and selects what is in line with his desires, while the eighth implication is luxury and attention to formality and appearance without the essence. Adding by saying that the seeking of the worldly-life entails abandoning jihad, and jihad is not concerned with fighting for the sake of Allah only, but rather includes all cases of confrontation and bearing responsibility. He who asks for the worldly-life will neglect his responsibilities towards his community and general concern and thinks only of himself and own interests. While a responsible person who makes sense of his obligation towards the people should bear the tax of confrontation.” His Eminence affirmed that what entails immersion in the worldly-life as a testament of injustice is the rejection of the prophets and messages and the righteous people as well as mockery of the believers and a lot of controversies and distancing from the truth and questioning the revelations of Allah. The other two implications are anger and loss. The one who seeks the worldly-life will be angry, and faith does not enter his heart, he does not submit to the recall of Allah, and he does not listen to Allah’s revelations with acceptance and understanding, so he loses insight, everything gets confusing, lives in negligence and turns away from the path of righteousness. His Eminence indicated that there are other implications, because the one who seeks the worldly-life is a rebellious, in-a-rush and a hasty person, a lost and deviated, and deprived of self-purification, remembrance, and prayer, as