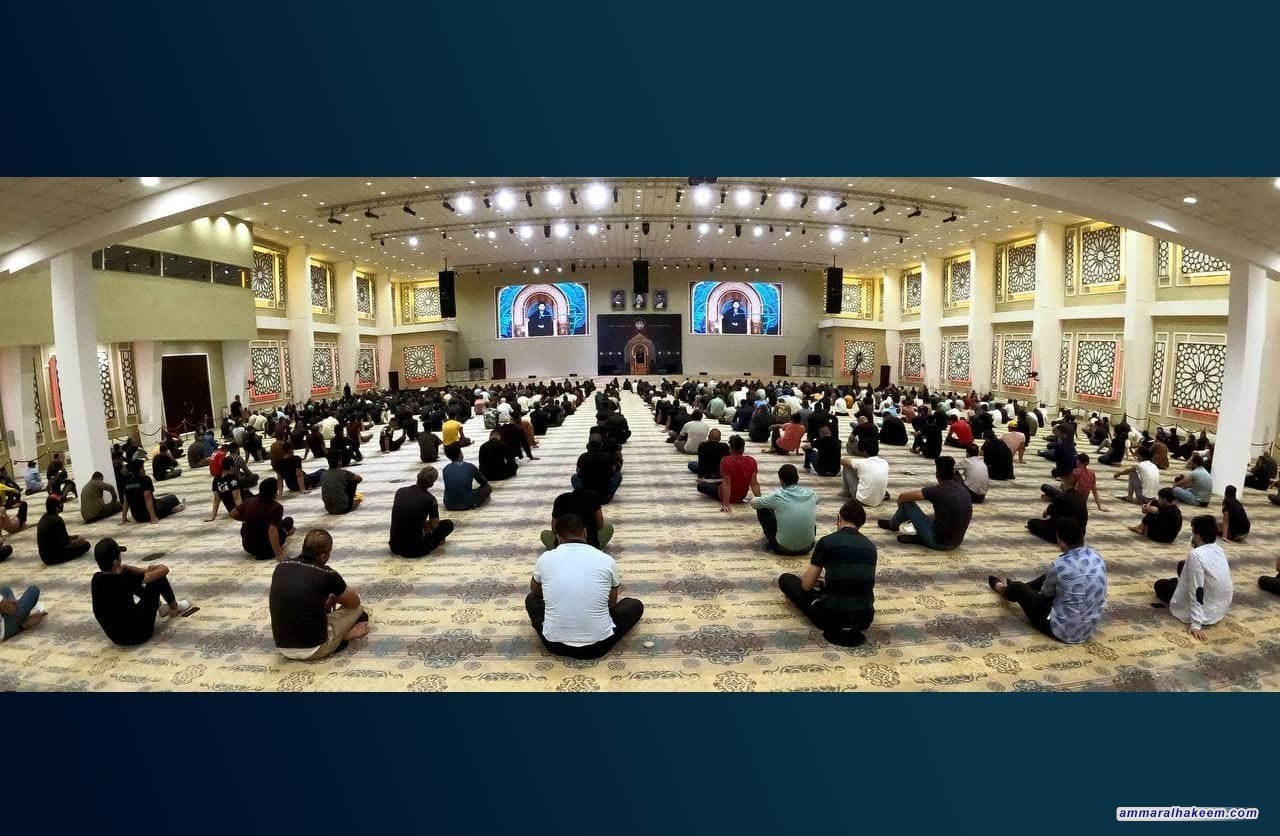 Sayyid. Ammar Al-Hakim: Reform Doesn’t Come All at Once, But Rather Gradually, Leads to Comprehensive Reform

Sayyid Ammar al-Hakim, head of Al-Hikma National Movement, stated in his speech about the Commander of the Faithful Imam Ali bin Abi Talib (peace be upon him) Sunday 2/5/2021, on the memorial of his injury, that he had an eternal relationship with the mosque, for he was the one who was born in the purest and holiest mosques, which is the Sacred Mosque and was martyred in the glorious Kufa mosque, and what is in between, a jihadist procession, full of revelation and interpretation. His Eminence said in a religious lecture that Imam Ali (PBUH) has a vision in building a good society and holding society and its members responsible for reform through the characteristics and features of its members, as well as the tasks and responsibilities of officials leading its service sites, and that reform does not come all at once, but rather comes gradually, leading to comprehensive reform,” explaining building factors of the righteous society, adding that the first factor is the human need to deal with the other as stipulated in the speeches of the Commander of the Faithful (PBUH) and his books and short speeches. The person’s need to deal with others leads to moral and value integration, also indicating the person’s need for others to defend him. And if he has money and power, then he needs his family and next of kin, /Itretehu/ as the Commander of the Faithful expressed it, to defend him. The individual’s relationship with society is beneficial, not a relationship based on hatred. His Eminence also pointed to a person’s need for society to express emotion and feelings, which is an innate and civic feeling. The more a person is close to his society, the more he expresses his feelings for that society, so when he sees anyone from his homeland it will remind him of his homeland even if there is no kinship or prior acquaintance between him and the other, in addition to Imam Ali (peace be upon him) referring to the human need for a person and his helplessness without others. Life is an integral cycle. In it, the doctor turned to the engineer and engineer to the carpenter and the blacksmith, and so on.