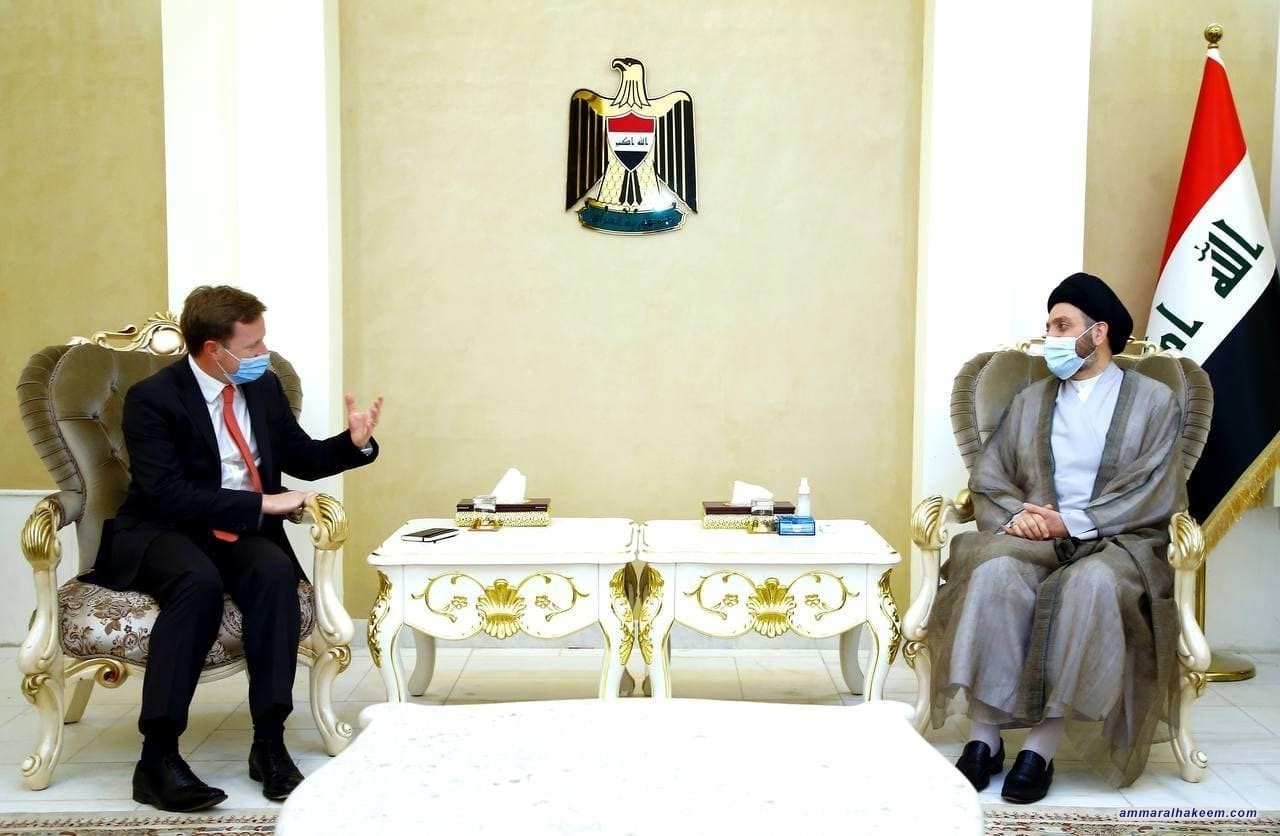 Sayyid Ammar Al-Hakeem, head of Al-Hikma National Movement, received his excellency Mr. Stephen Hickey in Baghdad Thursday 6/5/2021, and exchanged views on developments in the political scene in Iraq and the region on, in addition to the bilateral relations between the countries and the path we should take to strengthen it at the political, economic and social levels. His Eminence emphasized the role of Iraq in bringing points of view between the factions of the region and the necessity of adopting and maintaining dialogue and investing all possibilities to achieve stability in the region, which is in the interest of global security. Regarding early elections, His Eminence stressed the necessity of holding them on time and achieving electoral security, stressing the creation of appropriate conditions for conducting free and fair elections capable of expressing the will of the people and achieving their highest representation.