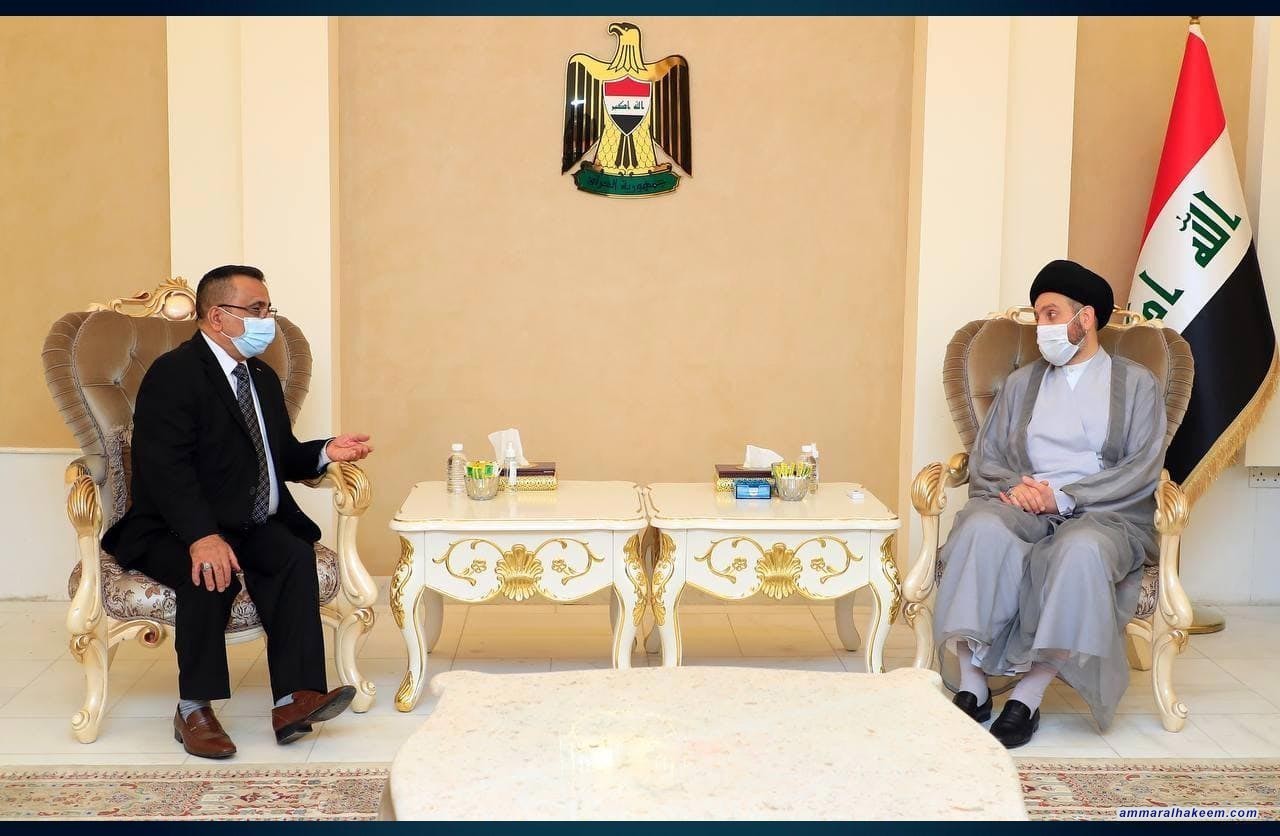 Sayyid Ammar Al-Hakeem, head of the National State’s Power Alliance, received President of the Iraqi Alliance of Fayli Kurds, Sheikh Asad al-Fayli, in his office in Baghdad, Monday 17/5/2021, during the reception His Eminence stressed the unity of the Fayli component and the need to treat it and address the effects that the people of this original component suffered as a result of the policies adopted by the foregone regime towards them. His Eminence added that, Fayli Kurds were targeted twice, once because they are Kurds and another because they are followers of Ahl al-Bayt “PBUT” and emphasized on the importance of uniting lines and make the necessary preparations to take part in the upcoming elections to represent the component fully. He also indicated the necessity to urge people to actively participate in the elections to present the best to gain the public trust.