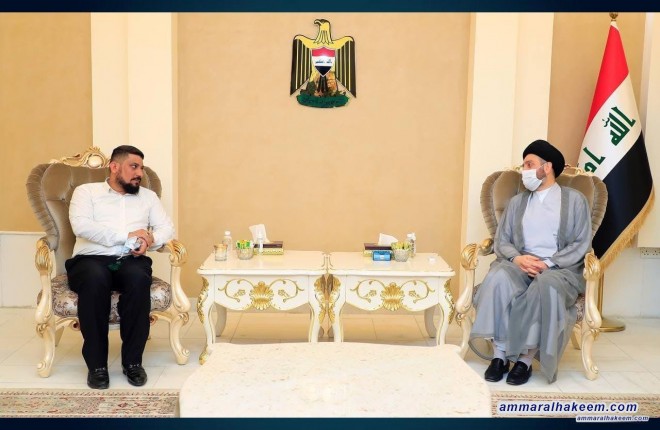 Sayyid Ammar Al-Hakeem, head of the National State’s Power Alliance, at his office in Baghdad on Monday 17/5/2021, met the Coordinating Committee of those whose contracts were terminated by Popular Mobilization Authority and listened to their demands and grievances that they should be allowed to return to service, similar to the rest of similar segments.
His Eminence explained the importance of redressing the segment of those whose contracts have been annulled by the PMF, stressing the need to understand them and solve their problems, similar to their counterparts from the Ministries of Defense and Interior and the rest of the security divisions. Calling for dealing professionally with this segment and keeping it away from political biddings, stressing his endeavor to solve their problems with the relevant authorities.