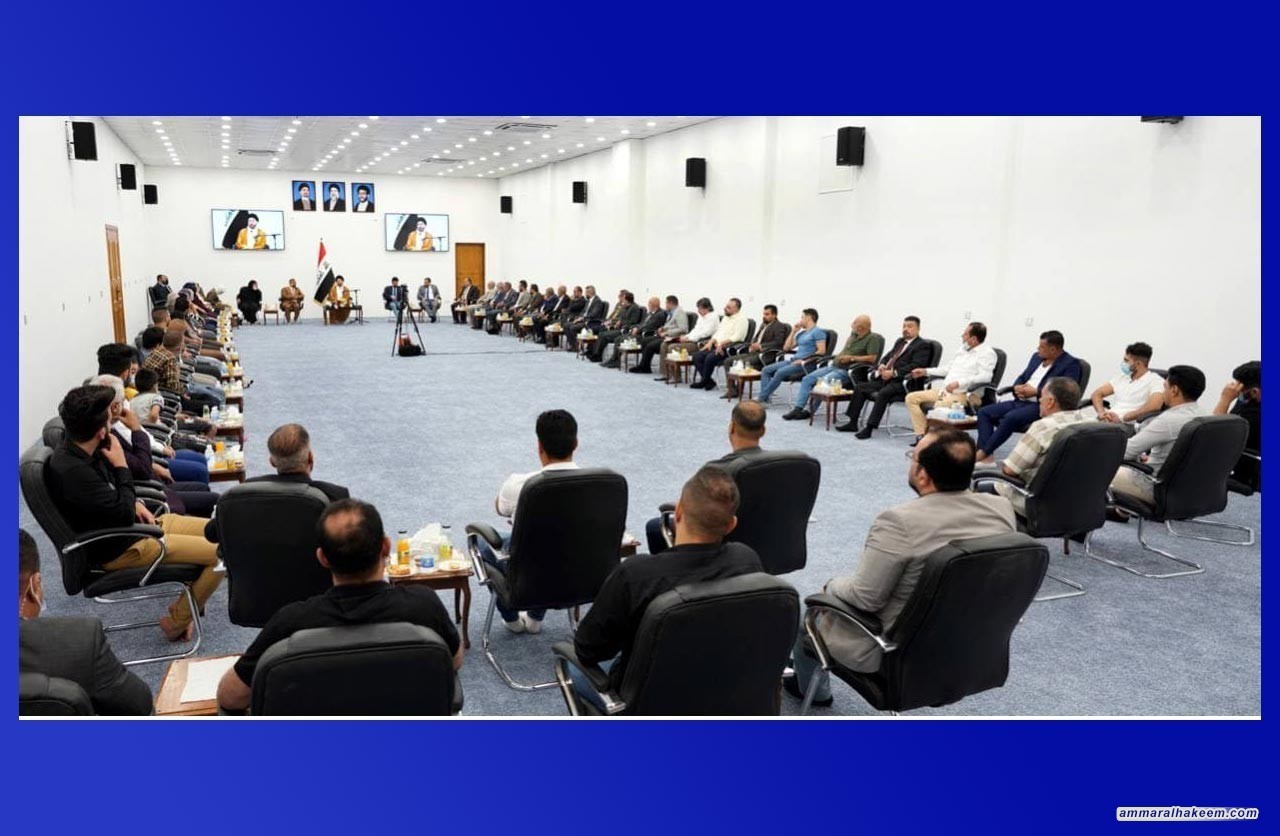 Sayyid Ammar Al-Hakeem, head of the National State Powers Alliance, met in his office in Baghdad on Wednesday, May 26, 2021, with a group of competencies and Faili elites, in the presence of Sheikh Assadullah Al-Faili, head of the National Alliance for Faili Kurds, recalling with them the common history since the reference of Imam Al-Hakeem "may Allah sanctify his soul" and how H.E. looked after this component regarding.
His Eminence renewed his call for the unity of the Faili Kurds' position, stating that rights are taken and not given and that the key to their recovery is the unity of the component.
The targeting of Faili Kurds came because of their position and influence in the national and Islamic project. His Eminence added, and that their identity was targeted by the will of the dictatorial regime to uproot them, as he stated.
His Eminence pointed out that the pressures of the defunct regime forced many Faili Kurds to abandon their culture and language. This injustice was as hard as it can be, stressing the need for the presence of representatives of the component in decision-making centers, and that the status and representation of the component cannot be limited to the quota. There are greater opportunities that Failis can reap if they unite their ranks and adopted the method of dialogue and welcome everyone and converge views. His Eminence concluded his speech by reiterating his continuous support for the Faili Kurds to obtain their rights and compensate for the injustice and targeting they suffered.