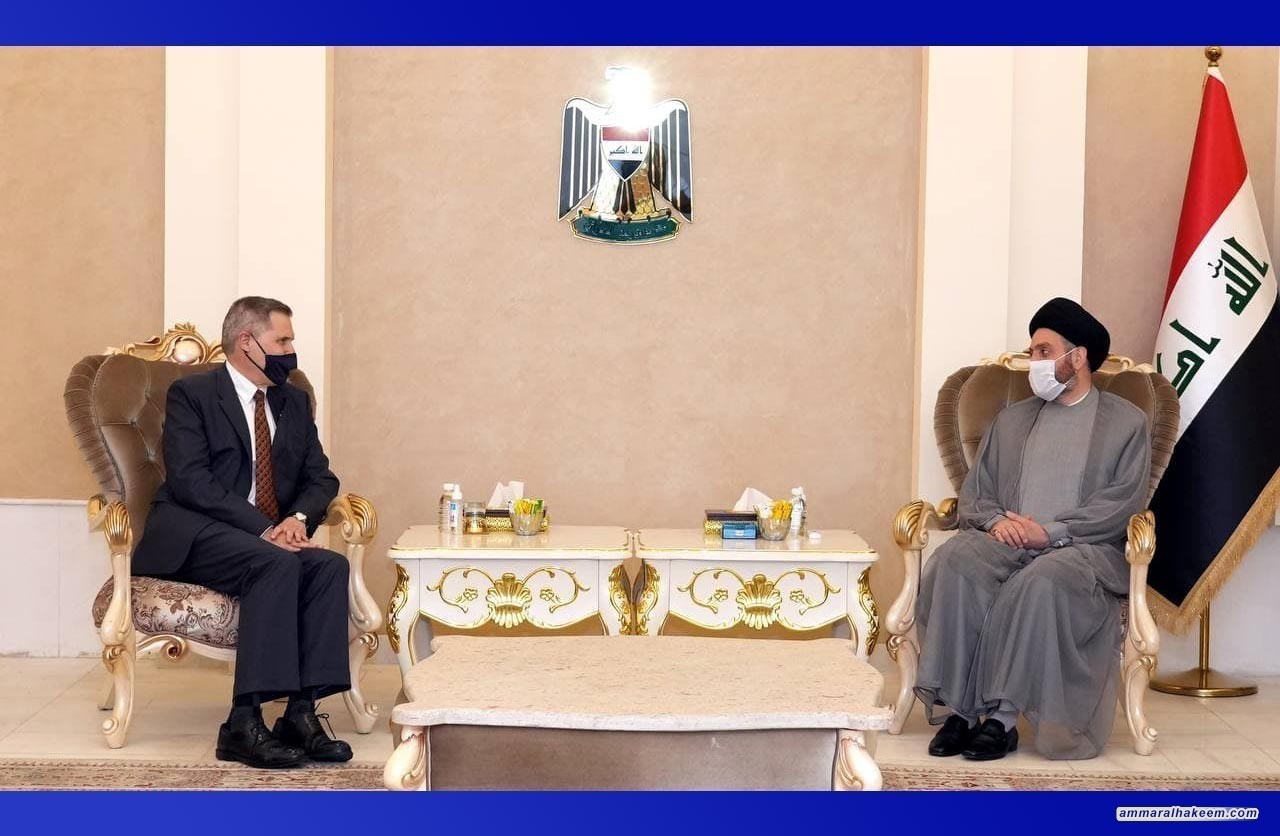 Sayyid Ammar Al-Hakeem, head of the National State Power Alliance, received the American Ambassador to Iraq, Matthew Tueller, in his office today, Monday, May 31, 2021, and discussed the most prominent cases, bilateral relations between Baghdad and Washington, and ways to strengthen them, holding early general elections on time, and providing electoral security and its monitoring by the international community to ensure its transparency.
His Eminence indicated that Iraq pays attention to its foreign relations out of common interests and respect for its sovereignty. He stressed the importance of developing relations between Iraq and the United States and the importance of further focusing on the economic and service aspects.
His Eminence stressed the need for early elections to be held on time while preparing the requirements and conditions for its success, foremost of which are electoral security so that the outcomes of the elections would express the aspirations and desires of citizens.