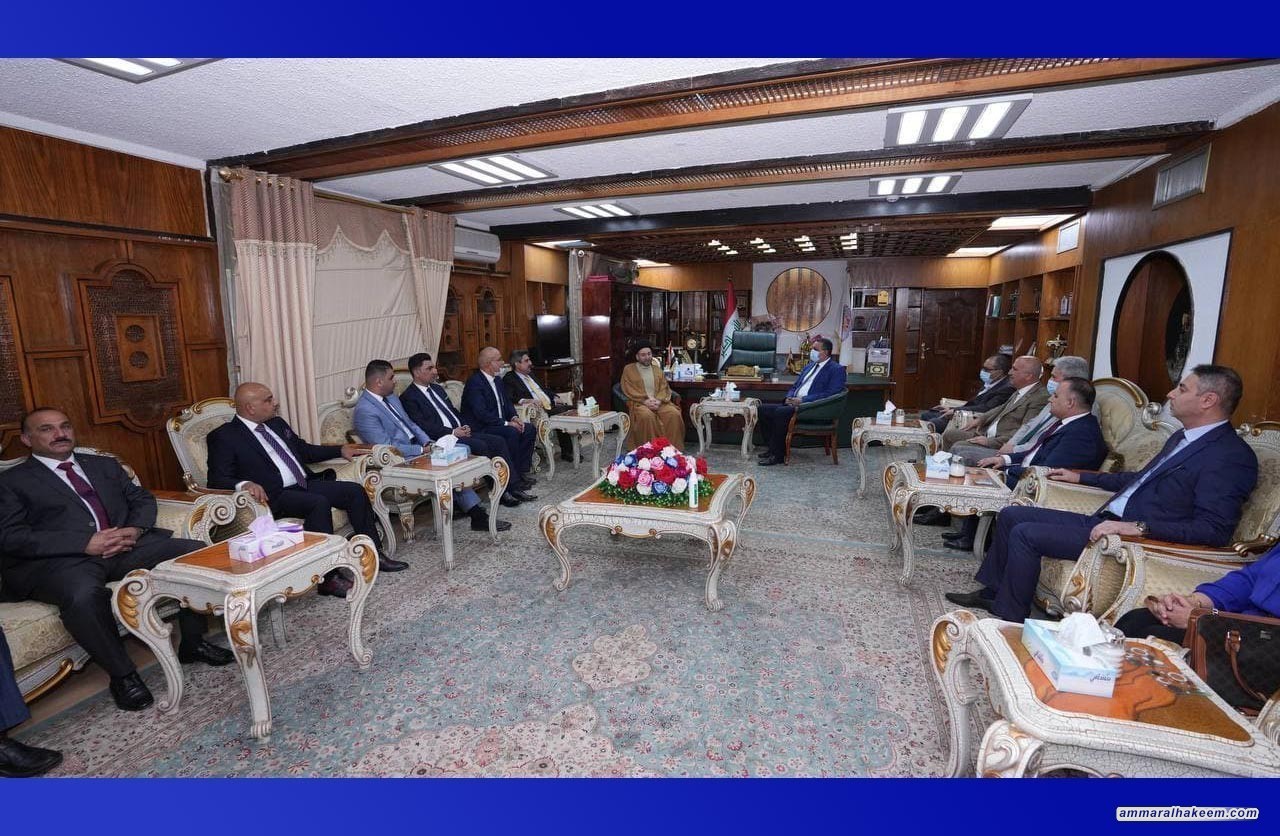 Sayyid Ammar Al-Hakeem, head of the National State Powers Alliance, arrived in Kirkuk Province and was received by the Governor of Kirkuk, Mr. Rakan Saeed Al-Jubouri, and several members of the local government in the province Friday, June 4, 2021.
His Eminence inspected Kirkuk civil airport project and promised to work to support the acceleration of its opening to serve all the citizens of Kirkuk