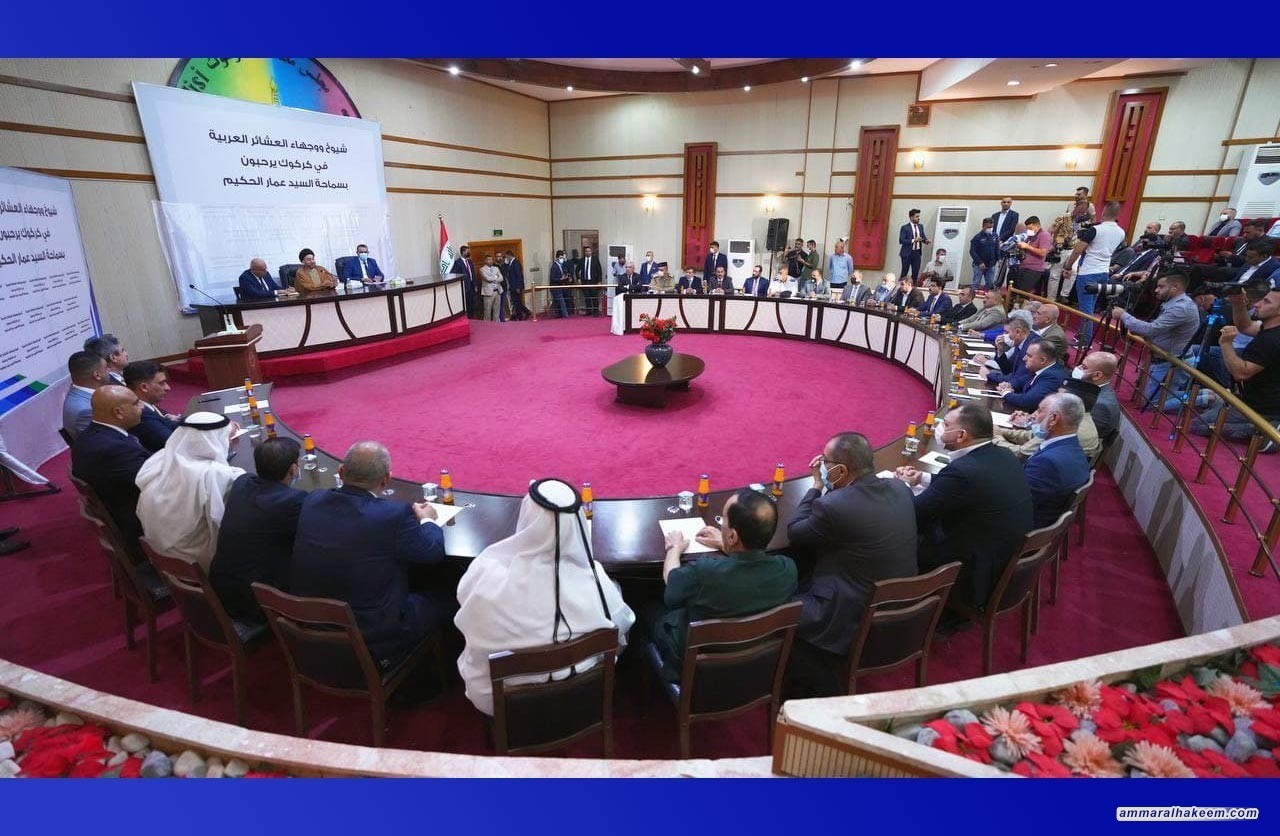 Sayyid Ammar Al-Hakeem: Kirkuk is a miniature Iraq, a title for coexistence and unison

Sayyid Ammar Al-Hakeem, head of the National State Powers Alliance, met Kirkuk Governor and directors of services and security directorates and praised the progress made in the city and the bright picture on the security and services levels. during his visit to Kirkuk Province on June 4, 2021.
During His Eminence’s speech, he referred to Kirkuk as Miniature Iraq and the fragrant Iraqi bouquet of roses, indicating that success in Kirkuk is success in all of Iraq through an equation that is reassuring for all.
His Eminence emphasized the development of society and human development, for the strength of Iraq is correlated to the strength of its people, and the orderliness of the social fabric is an essential key for achieving security and maintaining harmony, reminding that terrorism play is by disseminating division and using people to fight each other and whenever we push towards unity and achieving political stability that leads to security stability and thus thrives and prosperity are achieved.
His Eminence also demonstrated the importance of keeping services away from the political scramble, stressing the need for a political project that achieves harmony and unison. Sectarianism in Iraq is political. Some are working on it to employ it for political ends, calling to respect sub-identities and allowing them to express themselves within the framework of national identity, warning against the absence of national identity and the growth of sub-identity. for that will inevitably lead to conflict and fragmentation.
His Eminence renewed the call for a social decade that shed light on the changes, transformations, and the nature of the youth community, stressing the review, correction, and development of the previous decade, not skipping or canceling it. in addition, H.E. called to redress the city in correlation with its sacrifices and the generosity of its people, as well as their elites and competencies. Moreover, H.E. called to complete the stopped projects and paying the dues of the farmers,and complete the compensation file once and for all.