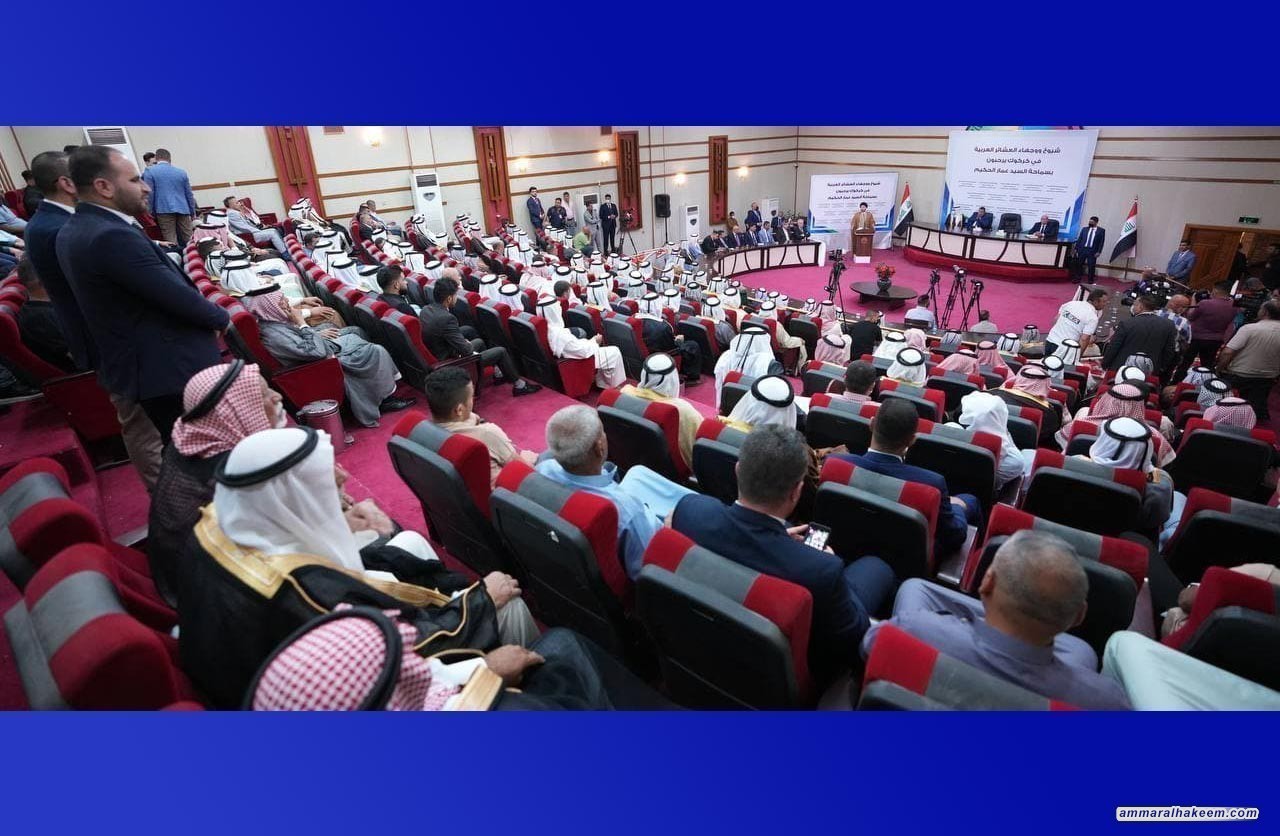 Sayyid Ammar Al-Hakeem, head of the National State Powers Alliance, met a distinguished group of Arab tribal sheiks and dignitaries, recalling that common history with them and exchanging with them the latest developments in the political situation in Iraq, the region, and the province, whilst In Kirkuk the city of diversity, peace, and coexistence.
His Eminence stated in his speech in the city of Kirkuk Friday, June 4, 2021, the importance of adhering to diversity and keeping it away from the political scramble, and that Iraq is going through a transitional phase from a dictatorial regime to a democratic system that faced many internal and external challenges, indicating the nature of the inverse relationship between the role of the external actor In Iraq and the strength of the political system, where he said that the strength of the first is caused by the weakness of the second and vice versa, calling for broad, conscious and effective participation in the forthcoming general elections, and to choose well. Finding a reassuring equation is enough to end the phase of suffering and start the phase of stability and development.
His Eminence called for caution against the role of political money or weapons in changing electoral convictions. He also warned against calls for discouragement that seek to distance people from their mission of change and then turn around and harvest the seats through the partisan public, as well as stressing the importance of competing based on programs and doing good deeds and benefit the people.
His Eminence reiterated Iraq’s need for a culture of tolerance and dealing with consequences with a tolerant view and adopting the principle of inclusion of all and reducing crises to non, stressing the pride in the Iraqi national identity within the framework of respect for sub-identities, calling to reconsider and think outside the box, as success in Kirkuk is a success throughout Iraq.