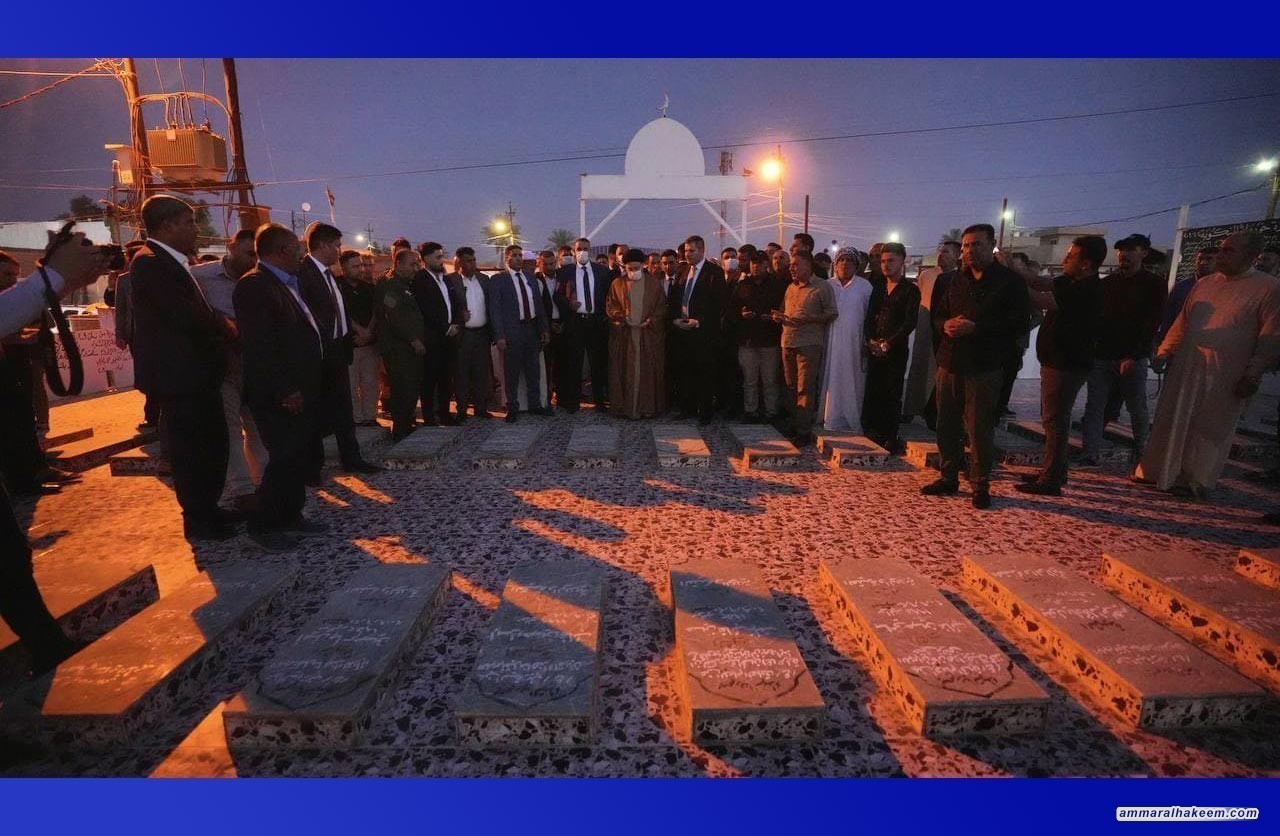 Sayyid Ammar Al-Hakeem, head of the National State Powers Alliance, visited the cemetery of the martyrs in Taza in Kirkuk Province, accompanied by the governor of Kirkuk, Mr. Rakan Saeed Al-Jabouri, and a number of officials and people of the district Friday, June 4, 2021.
His Eminence praised the sacrifices of the people of Taza district and their stances in defending the homeland against the terrorist attack and offering hundreds of martyrs. He described it as "the city of martyrs".
His Eminence called on the local government to provide more services to do justice to this generous city, and to compensate its residents for what they suffered during the last period.