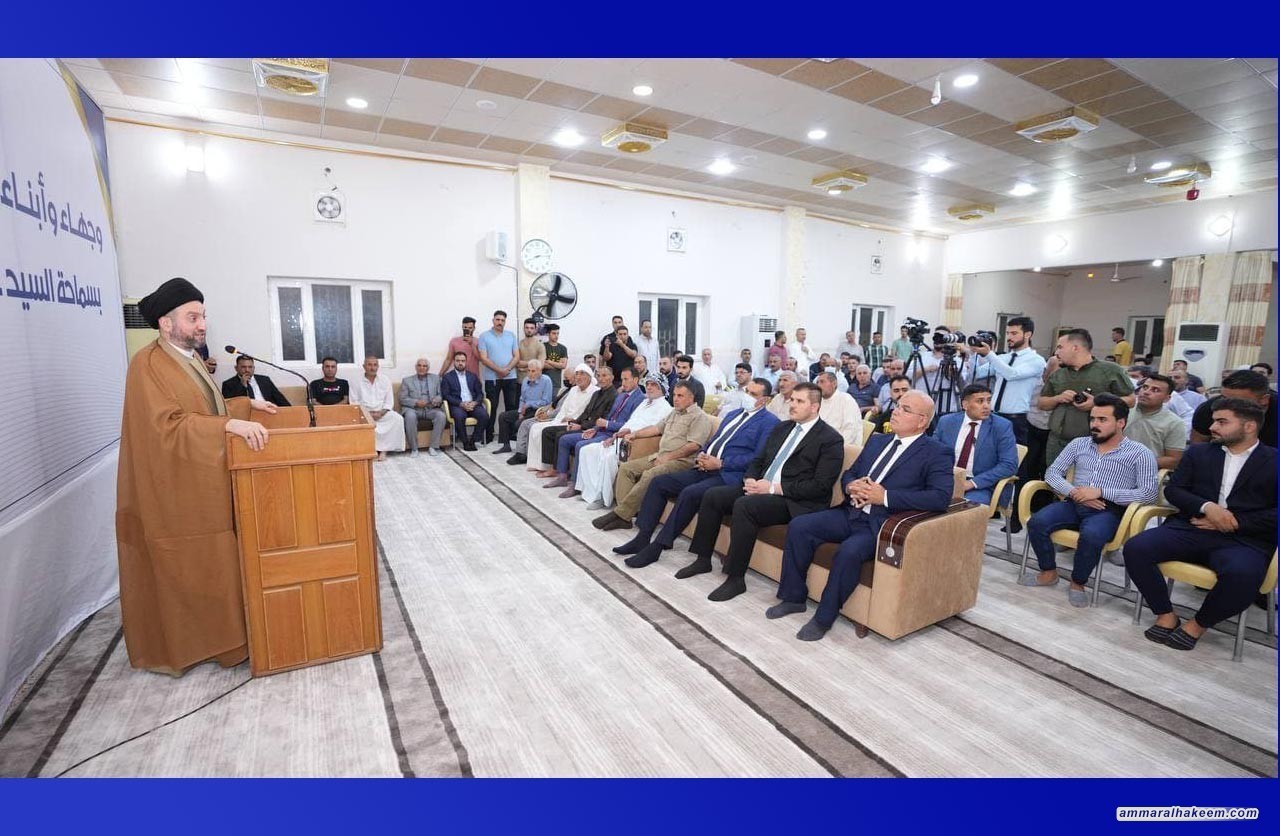 Sayyid Ammar Al-Hakeem, head of the National State Powers Alliance, met several dignitaries and people of the Taza district in Kirkuk Province Friday, June 4, 2021.
His Eminence indicated that the district of Taza, due to its sacrifices and oppression, has become a shrine and a destination for all free people, "From Taza, we remember the oppression and at the same time we remember the brutality of terrorist groups, and the people of Taza turned the ordeal into a gift and an opportunity." His Eminence said.
The ordeal of the city is not linked to fighting terrorism alone, as the city had fought the dictatorship until it became a legend for steadfastness. His Eminence added.
His Eminence called for a broad, active, and conscious participation in the general elections, holding everyone responsible for their choice, provided that these choices lead to the formulation of a reassuring equation both internally and externally.