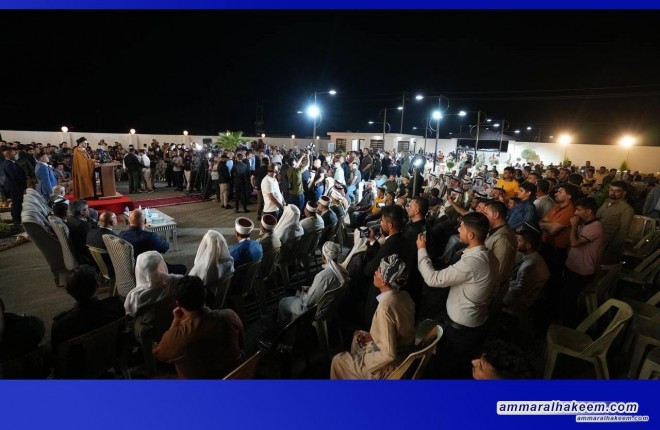 Sayyid Ammar Al-Hakeem, head of the National State Powers Alliance, met with a group of different components of Kirkuk province at the guest place of Sheik Akram Zangana, Friday, June 4, 2021.
His Eminence noted on the relationship between the legitimacy of the political system and the broad participation is a direct one. The greater the participation, the higher the legitimacy of the system, and the more citizens support it.
His Eminence also indicated that Iraq is moving in the right direction in finding a reassuring equation that can take the country to safety, release the development wheel and start to roll the wheels.
His Eminence mentioned that Iraq is accumulating positive achievements, but the ceiling of ambition is still higher, and today it plays important regional and international roles in converging views closer, and all of this leads to a regional and international understanding of Iraq's role in the next phase.
His Eminence warned against political money and weapons in changing people's convictions, calling on the voter to scrutinize the money paid and ways to retrieve it and to think about the methods and ways that the weapon's holder will follow when he reaches the House of Representatives.