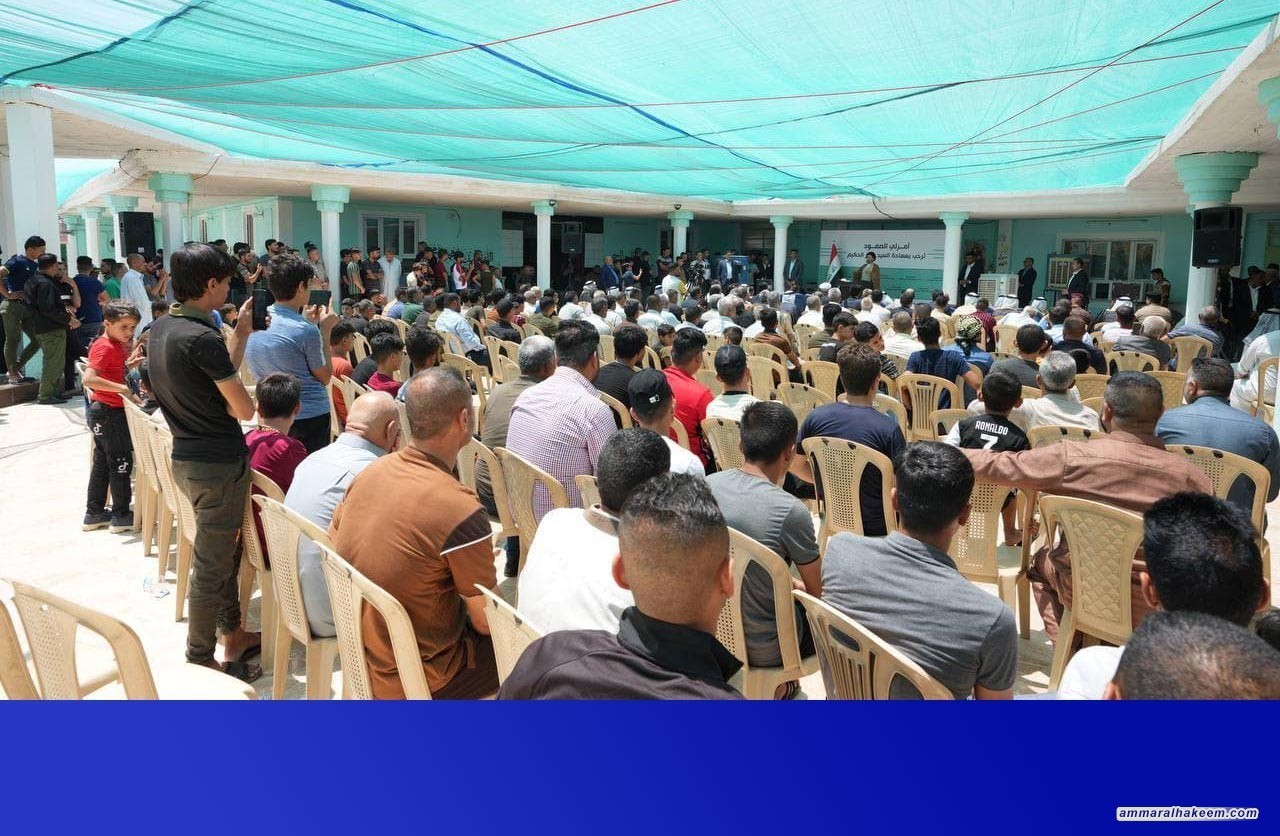 Sayyid Ammar Al-Hakeem, head of the National State Powers Alliance, visited several families of the martyrs of the city of Amerli Al-Samood and met with a group of sheiks, dignitaries, and sons of the city. Saturday, June 6, 2021.
His Eminence said during the visit, that Amerli is a message of sacrifice, steadfastness, bravery, and an honorable stance from Iraq to the world, indicating the nature of the challenges faced by the people of Amerli, including the terrorist bombing in 2007 that left 445 martyrs and wounded. Making it a miniature Karbala and followed by the ISIS gang siege that lasted for 83 days in which equipment and food were scarce, for it to bend the knee.
His Eminence added that Amerli surprised and shocked its enemies, so men, women, youth, and the elderly and all the Amerlis fought and wrote the most wonderful epics of steadfastness and heroism, recalling the biography of Colonel Mustafa Amerli, the martyr who led the epics of defending this city. Honor and Glory for Amerli sons for their steadfastness, pride, and patriotism.
His Eminence stressed that Iraq is close to reaping the fruits of patience and sacrifice, and is closer to stability than to the continuation of suffering, and we stipulated that broad, active, conscious participation and good choice so that the election outcomes would be a reassuring and balanced equation.
His Eminence referred to the upcoming elections that is even more important than the elections that established the political system in 2005 and 2006, as we need success in the political battle just as we succeeded in the military and security battle in our struggle with terrorism.