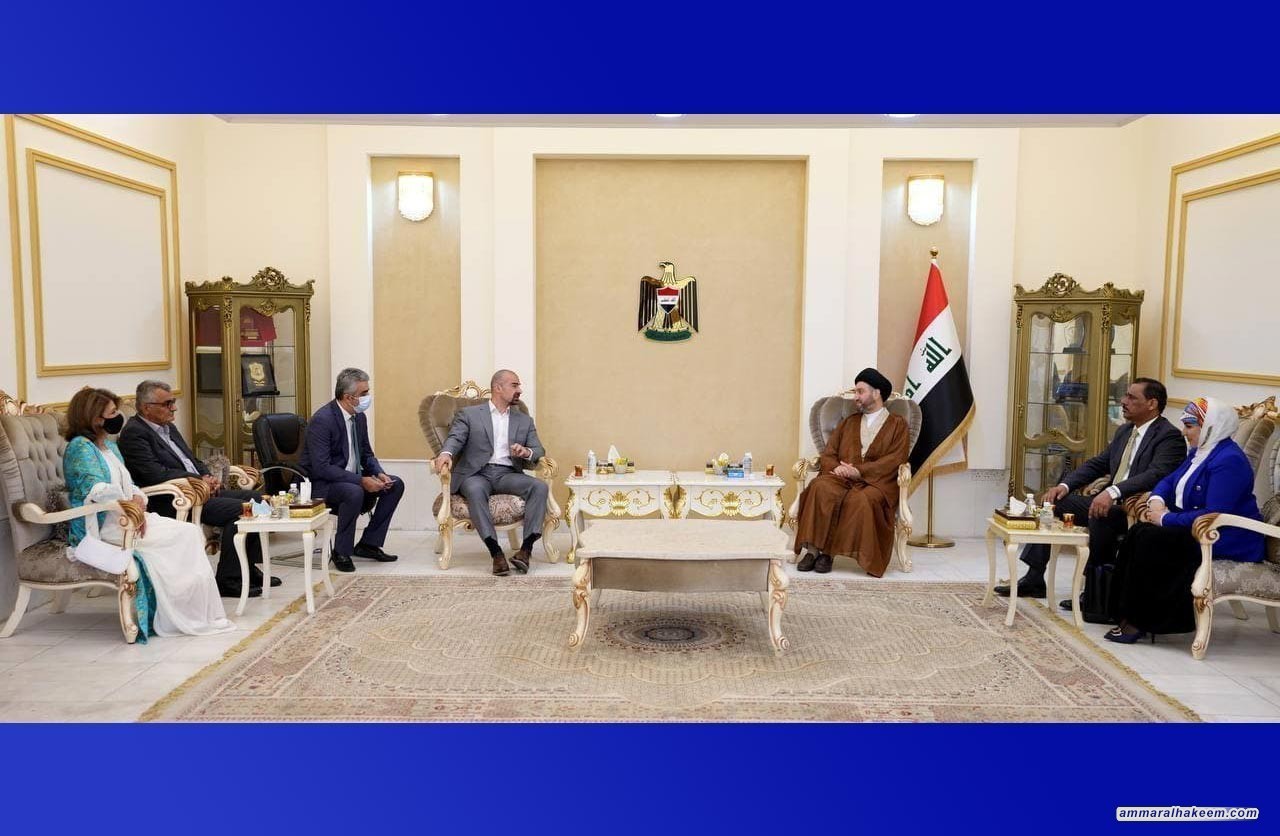 Sayyid Ammar Al-Hakeem, head of the National State Powers Alliance, received the delegation of the Patriotic Union of Kurdistan headed by its co-president Mr. Bafel Talabani, in his office in Baghdad Sunday, June 6, 2021.
His Eminence congratulated them on the anniversary of the founding of the Patriotic Union, recalling the history that united us with our brothers in the union and the role of the late leaders, Mam Jalal Talabani, the Martyr of the Altar (Shaheed Al-Mihrab), and Aziz Al-Iraq in fighting the dictatorship and establishing the new democratic system.
His Eminence also renewed his stance supporting ending the differences between Baghdad and Erbil through dialogue and resorting to the constitution without selectivity, indicating the necessity of abandoning factional or special interests in favor of the Iraqi interest.
His Eminence stressed the need to prepare for early general elections and to compete on the basis of programs away from the influence of money, weapons, and defamation campaigns, and the importance of the elections to come out with a balanced and reassuring equation to preserve the gains made so far and move the country to a phase of stability.
His Eminence reiterated the importance of cross-component alliances and that they are capable of achieving stability for the political system through a stable parliament that would enable it to form a government capable of providing services and achieving development.