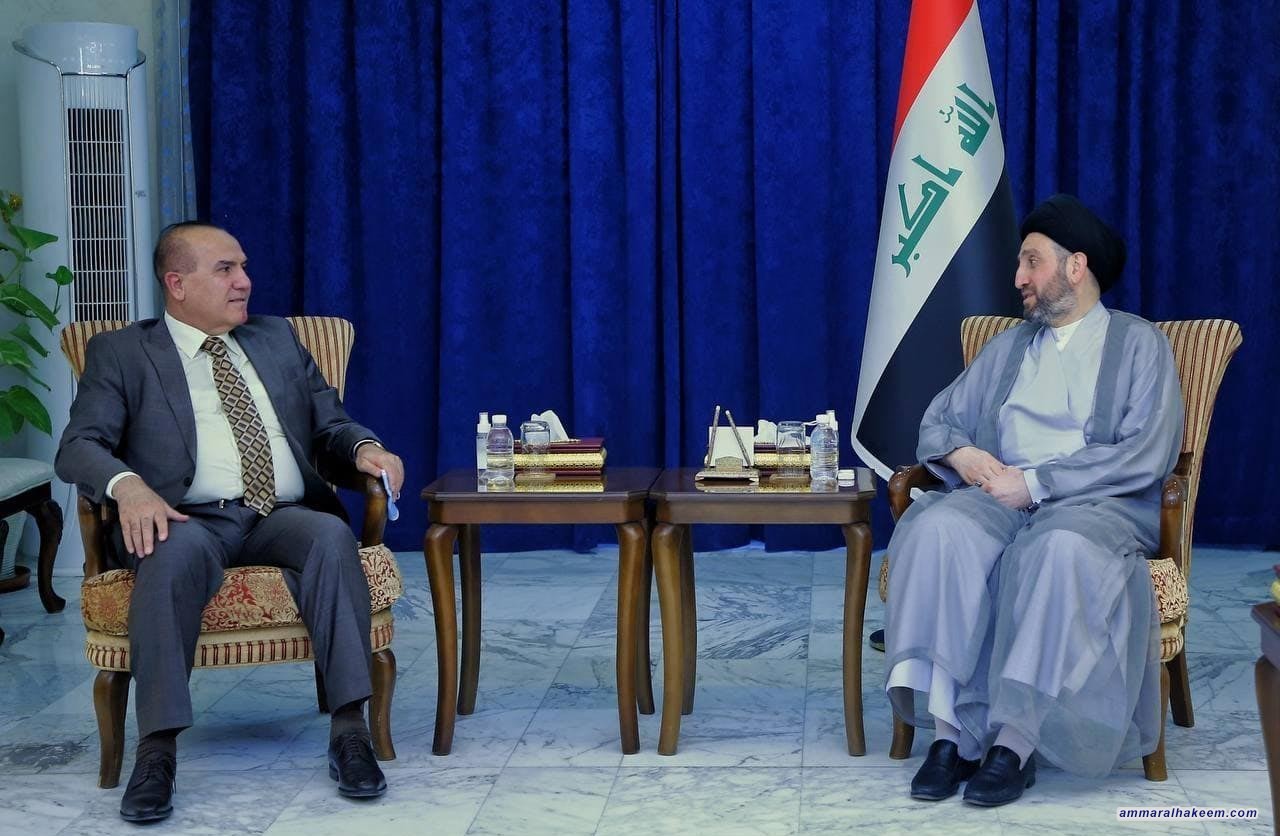 Sayyid Ammar Al-Hakeem, head of the State Powers Alliance, received the head of the Sunni Endowment Office, Mr. Saad Kambash, in his office on, Wednesday, June 9, 2021.
His Eminence stressed the importance of coordinating positions with the rest of the endowment institutions in Iraq, calling for the need to unify religious discourse and adopt new methods in addressing the new generation of youth.
His Eminence indicated the importance of giving way to the young sheiks, as they are the closest to them. The two sides also discussed during the meeting the developments of the political situation in Iraq and the role of religious institutions in staying up to date with developments.