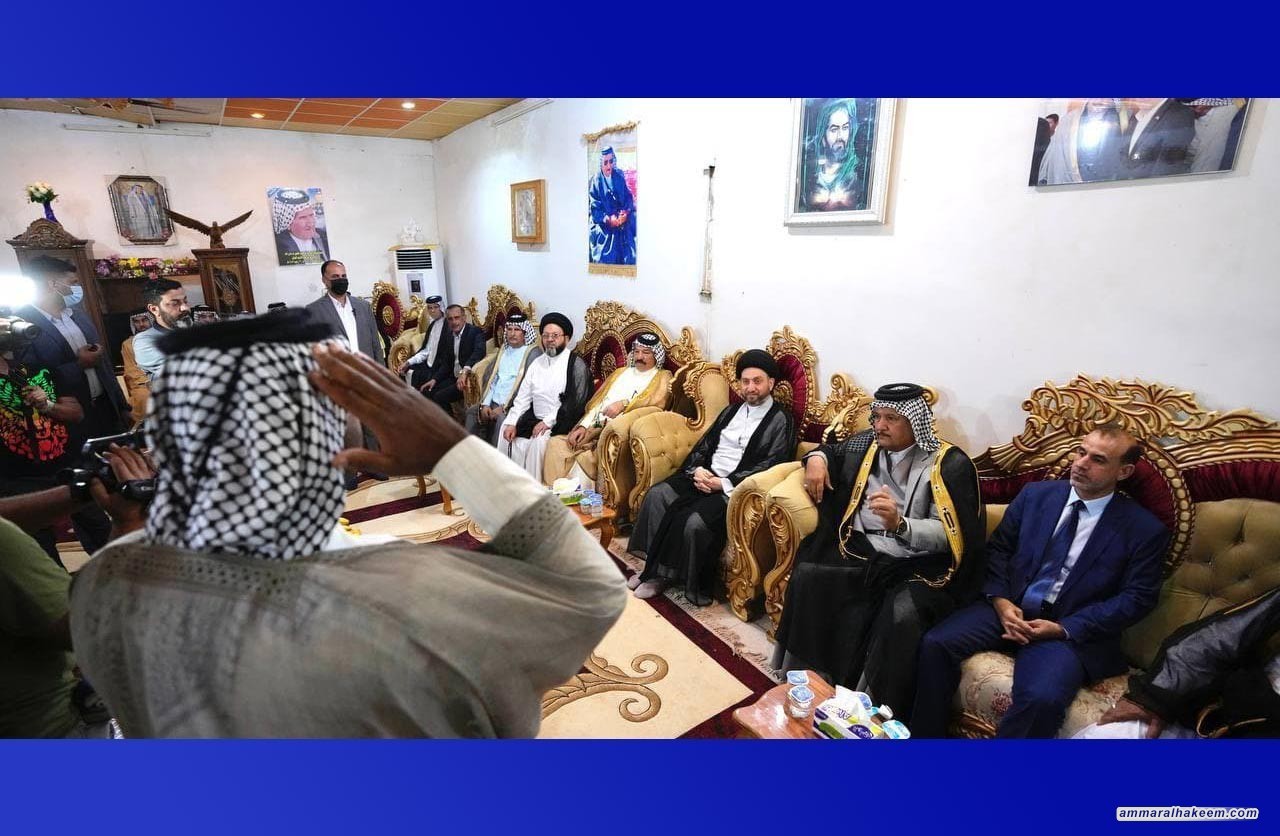 During his visit to Maysan Province, specifically in the guest place of the Banu Lam tribe, at the Sheik Abdul Wahed Muzeil Abdul Karim Al-Jawy’s, Thursday June 9, 2021.
His Eminence offered condolences on the departure of Sheik Muzeil Abdul Karim Al-Jawy, calling on the Almighty to bless the deceased with his mercy and inspire his relatives patience and solace, indicating In his speech in the presence of the sheiks and dignitaries about the history and the common relationship with the Banu Lam tribe since the time of the Martyr of the Altar (Shaheed Al-Mihrab) and Aziz Al-Iraq, “May Allah Sanctify Their Souls”, Considering contacting them is an extension and sustaining the relation.
His Eminence noted on the political reality and that there are achievements and that there are some failures, Internal renounces and regional and international fears of the Iraqi reality played a role in creating them. Stating that Unity and Cohesion should be enough to overcome many obstacles, pointing to the nature of the international and regional will that began to understand the importance of Iraq’s stability and support, considering these developments as indicators of Iraq’s restoration of its regional and international status and historical status.
His Eminence referred to the nature of challenges, including the economic and service challenges, as he indicated that Iraq had suffered greatly from the drop in oil prices in the previous period, as well as electricity problems, pointing to the importance of providing dues to farmers and contractors in order to sustain the economy and provide job opportunities, warning against negative generalization as the citizen assumes their responsibilities in the general elections, and to choose the most efficient and scrutiny of the candidates’ behavior and the money being spent. Urging for a broad, effective and informed participation in the forthcoming general elections.