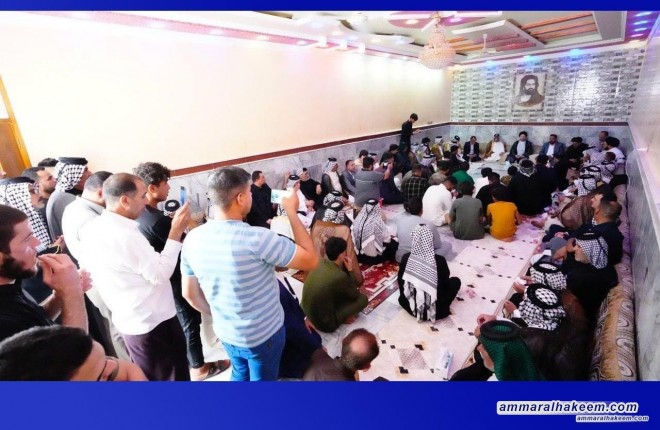 During his tour in Maysan Province, Sayyid Ammar Al-Hakim, head of the National State Powers Alliance visited the guest place of the Al-Bu Ghannam tribe in Al-Kahlaa and meets with Sheik Jassim Khalaf Al-Ghannami, in the presence of several sheiks, dignitaries, and members of the noble tribe.
His Eminence praised the role of the sons of the Iraqi tribes in defending the homeland and making sacrifices throughout Iraq's history. H.E. called for the need to redress them and provide services to their areas.