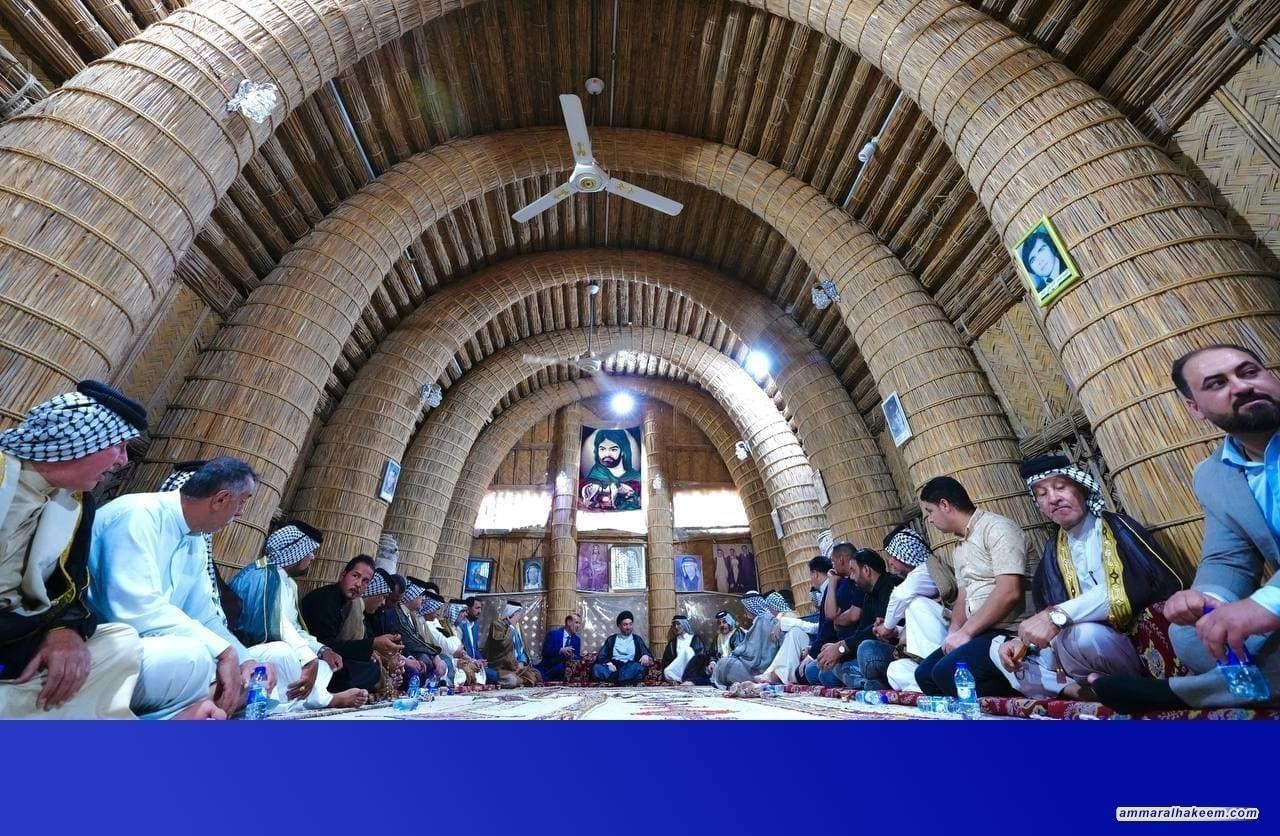 Sayyid Ammar Al-Hakeem, head of the National State Forces Alliance, called for the fulfillment of what the martyrs dreamed of the homeland and the Iraqi people, His Eminence recalling from the guest place of Al-Sawa’ed tribe and in the presence of Sheik Muhajir Ali Al-Saadi on Thursday, June 10, 2021, the stories of jihad and the difficult situations that the Mujahideen of Al-Sawa’ed tribe faced defending The homeland, Islam and the Religious Authority, indicating that every step in the land of Al- Amarah (architecture) triggers a memory of a Mujahid or a martyr who faced dictatorship and carried the banner of truth and triumphed for it.
His Eminence said that it is necessary to achieve what the martyrs dreamed of and strived for, and said that the guest place of Sheik Muhajir is decorated with pictures of the blissful martyrs and their fragrant walk of life, doubles the responsibility we bear to triumph for their project and their blood.
His Eminence indicated that the tribulations and crises that the Iraqi people have been subjected to are not far from the divine laws in compensating those who are patient, as opportunities have always been associated with challenges, reiterating that Iraq is doing good and is close to reaping the fruits of its patience and the sacrifices of its people, provided that we improve understanding the phase and its requirements.
His Eminence also stressed the broad, conscious and active participation in the general elections, holding everyone the responsibility to take Iraq out of the bottleneck and end its pain and the suffering of its people.
H.E. said that responsibility requires diagnosing the purpose of those who seek to discourage people from participating in the general elections, while behind these voices are political powers that motivate their audience to harvest seats and exploit participation rates decline in their favor, warning of worrying scenarios provided that participation rates are not able to support the political system and its legitimacy.