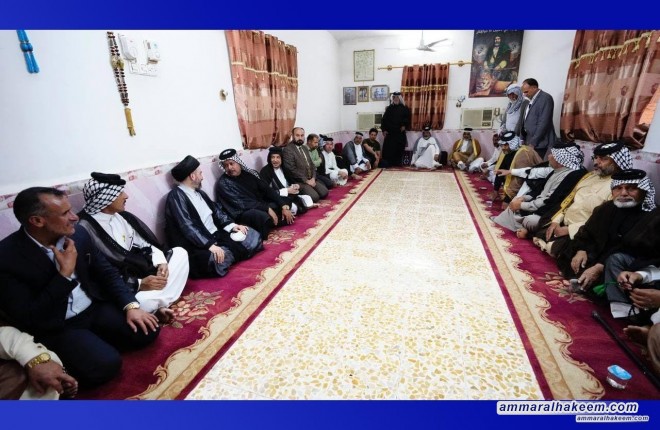 During his tour in Maysan Province, Sayyid Ammar Al-Hakeem, head of the National State Powers Alliance, visited the guest place of Al-Abbous tribe and offered condolences on the death of the deceased Sheikh Madhi Mahdi al-Abbousi as well as meeting several dignitaries and sheiks of Al-Abbous tribe on Thursday, June 10, 2021.
His Eminence recalled the role of the genuine Iraqi tribes in fighting dictatorship and their heroic stances in responding to the call to defend the homeland, stressing the need to provide services to the people of these areas and keep them away from the political scramble.