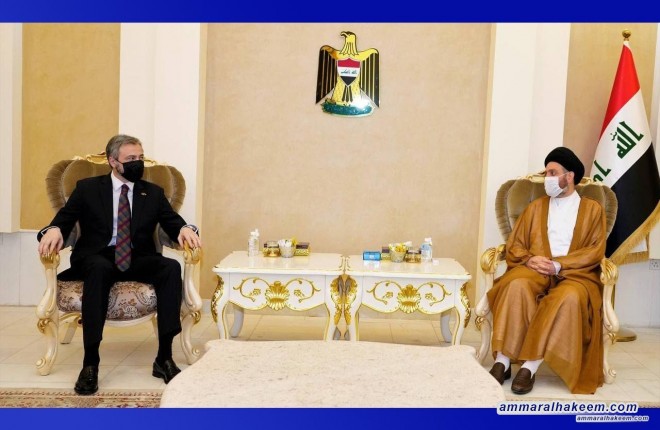 Sayyid Ammar Al-Hakeem, head of the National State Powers Alliance, discussed with Serbian Ambassador H.E. Uroš Balov in his office today, Sunday, June 13, 2021, the developments of the political scene in Iraq and the region and the relations between Iraq and Serbia.
His Eminence stressed the importance of developing relations between the two countries in all fields, calling for an economic presence for Serbia. And investing in the relationship between the two countries, as the Iraqis still have good memories with Serbian companies.
His Eminence explained the nature of the forthcoming general early elections, and how they represent a consolidation of the political system in Iraq after its establishment in 2005, indicating the importance of balancing outcomes and sending reassuring messages.