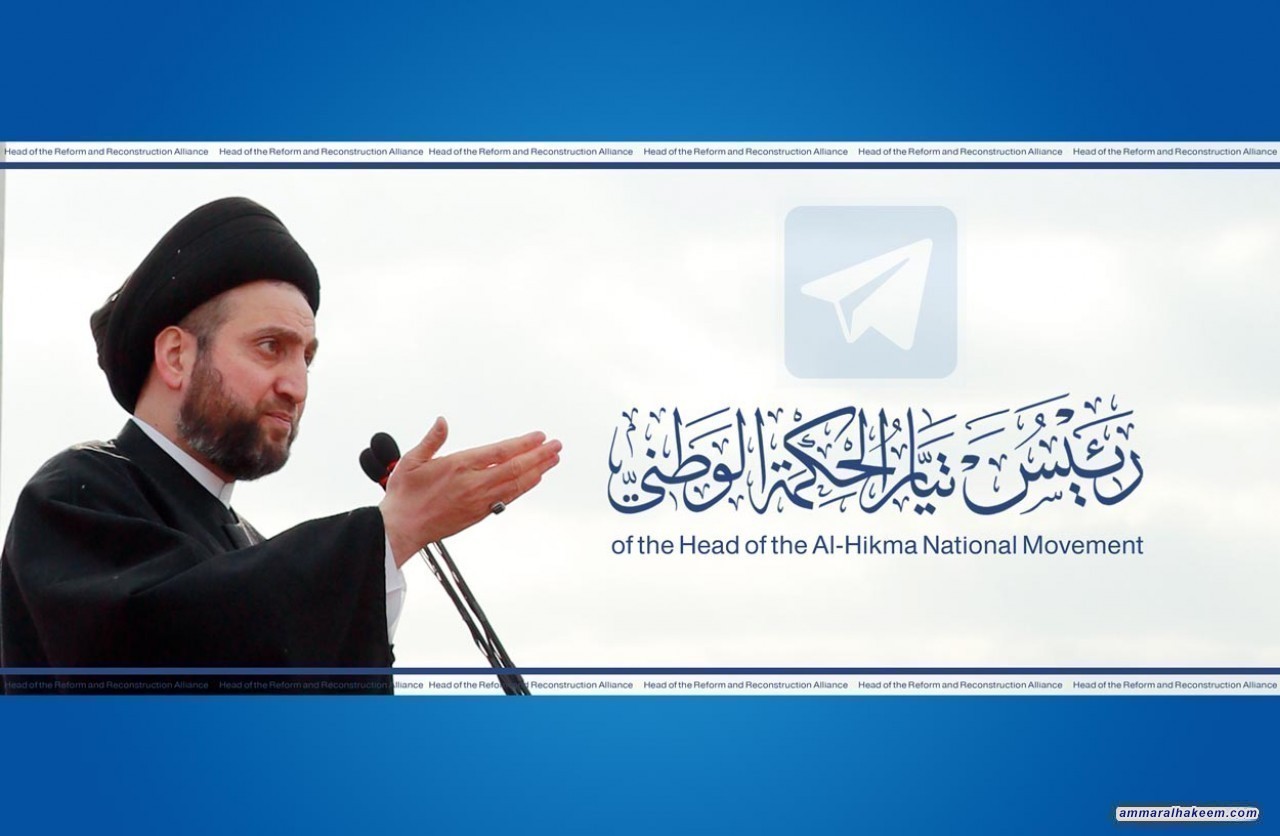 His Eminence Sayyid Ammar Al-Hakeem, head of the National State Powers Alliance, called on the Iraqi security forces on a national press feast to support and protect journalists from oppression and abuse.
His Eminence tweeted on Tuesday, 15 June 2021, "A hundred and fifty-one years are a march paved with difficulties and sacrifices made by our national press in Iraq to achieve an inherited history and a glorious record that contributed to building a system of national awareness referred to as a sign that confronted the efforts of tyrants to obliterate the Iraqi Persona, and today it is working on Confronting and exposing the enemies of right and truth, terrorism, treachery assassinations, silencing and confiscation of freedoms. As we bless our journalists and pray for the martyrs, we call on the specialized security forces to support the free word writers and enable them to acquire facts, and to protect them from oppression and persecution. We reiterate once again, their legitimate demands and promote their promising march.