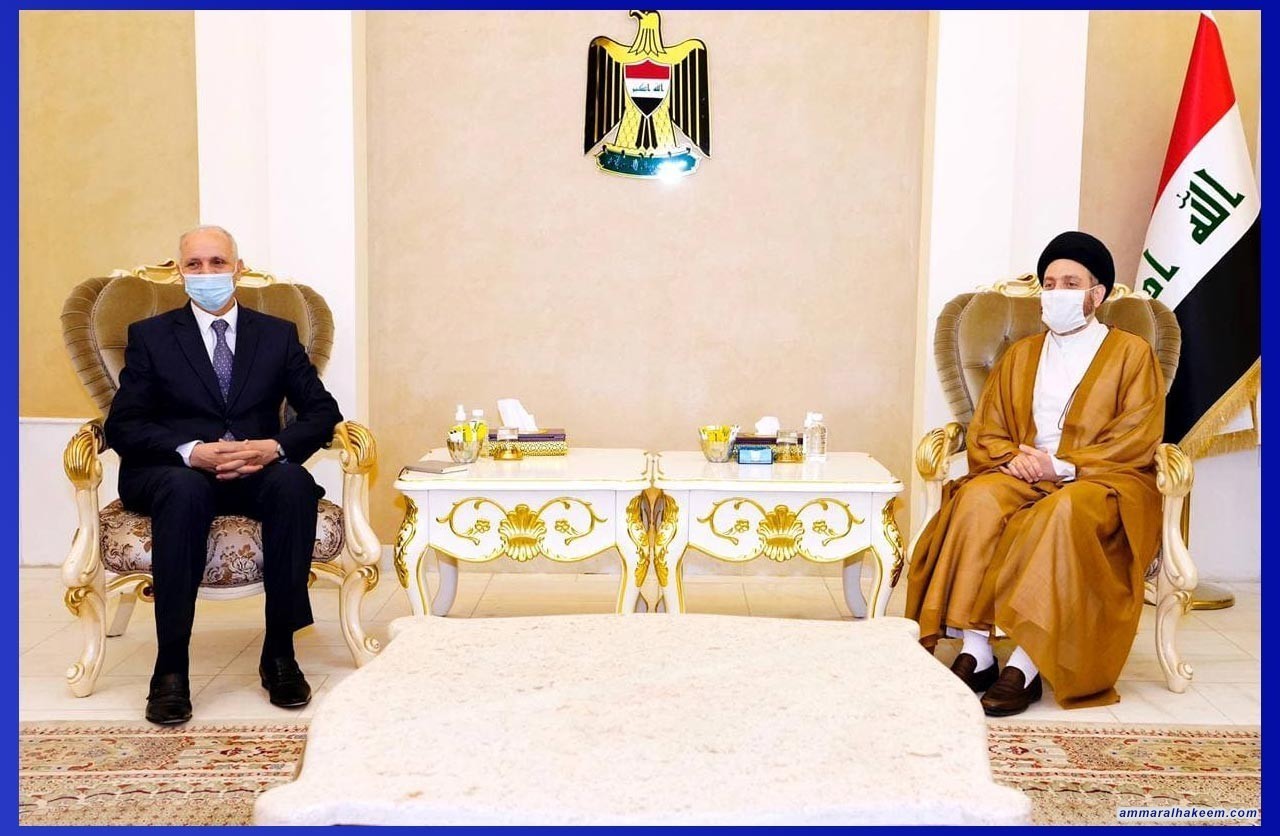 Sayyid Ammar Al-Hakeem, head of the National State Powers Alliance, during his meeting with the Tunisian Ambassador in Baghdad, Mr. Ridha Zguiden, His Eminence stressed the importance of strengthening bilateral relations between Iraq and Tunisia and developing relations with the Maghreb countries based on commonalities and mutual interests at all levels.
His Eminence explained the nature of the roles that Iraq awaits from its Arab brothers after overcoming the phase of concerns from the Iraqi experience.
His Eminence affirmed that Iraq is open to everyone and accumulates its improvements and is approaching the end of the phase of establishing the political system to the phase of consolidating the political system through the forthcoming general elections. H.E. also discussed with Zguiden the roles that Iraq plays in converging the views of the region’s factions closer and hosting direct dialogues between the two, referring to the historic position of Iraq and its acceptance by all, calling for greater openness to Iraq and investing in the opportunities it presents at this phase.