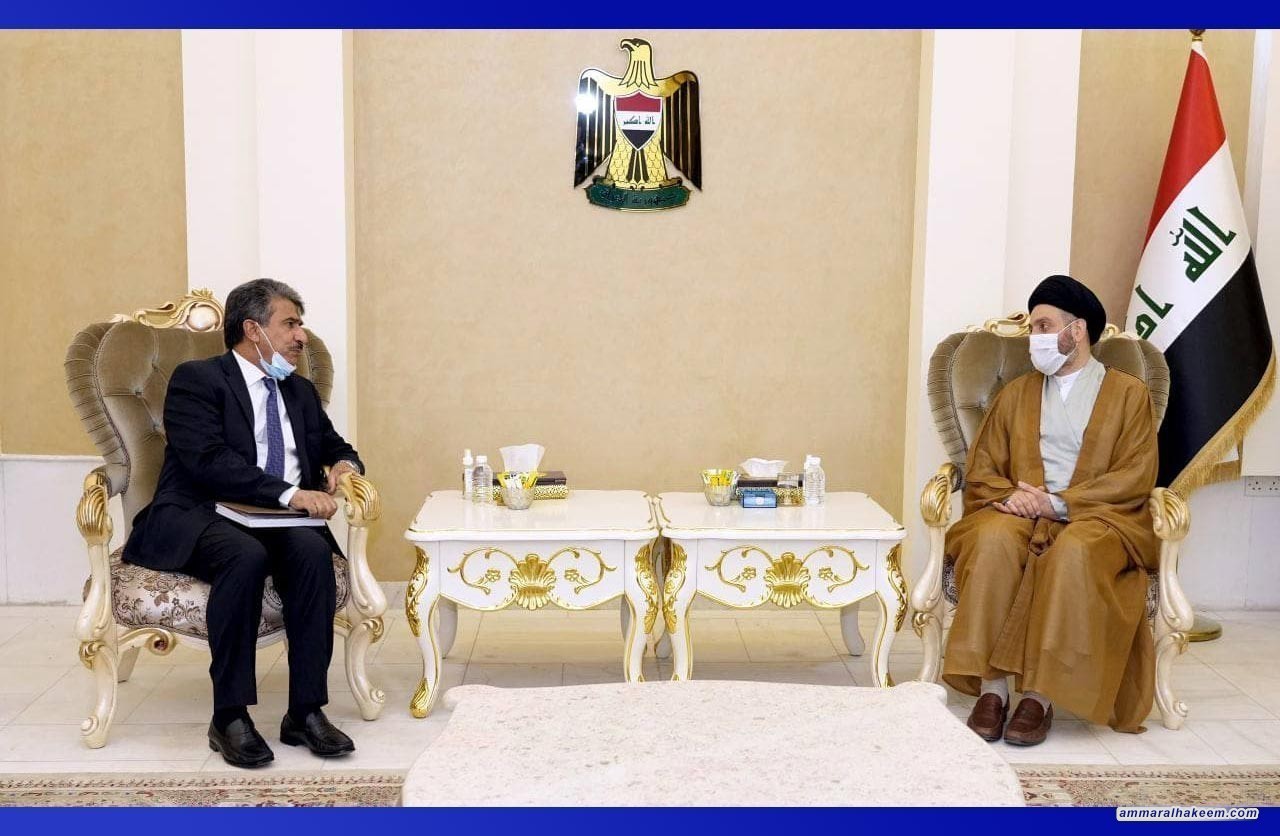 Sayyid Ammar Al-Hakeem, head of the National State Powers Alliance, discussed ways to strengthen bilateral relations between the two brotherly countries and resolve contentious issues in a way that achieves the interests of all, during his reception of the Ambassador of the State of Kuwait in Baghdad, Mr. Salem Ghassab Al-Zamanan in his office in Baghdad on Monday, June 21, 2021.
His Eminence pointed out the role that Iraq plays in the regional dialogues taking place in it, calling on everyone to support the dialogue process and contribute to the creation of an ideal environment for it.
Locally, His Eminence renewed his vision of the nature of the forthcoming general elections and asserted its importance and how fate-defining it is.