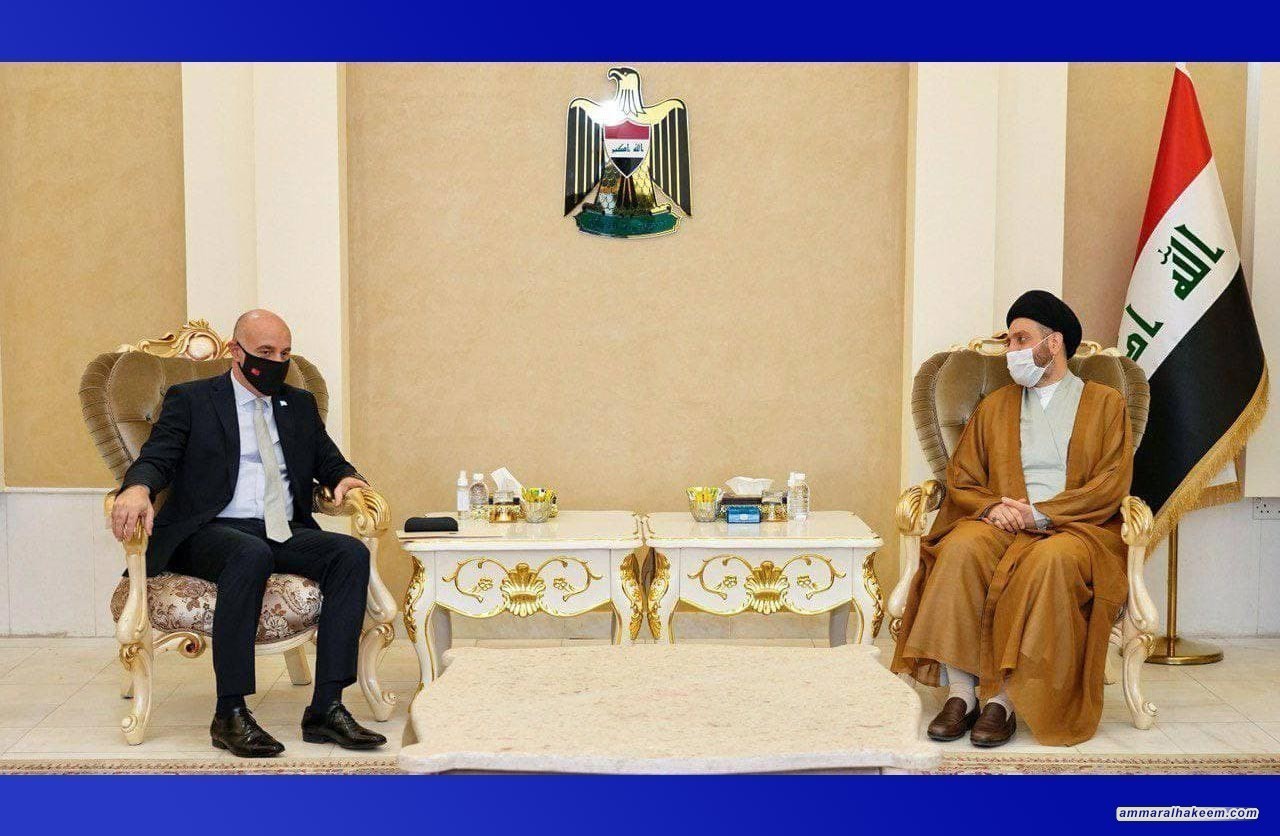 Sayyid Ammar Al-Hakeem, head of the National State Powers Alliance, discussed the bilateral relations between Iraq and Ankara, during his reception of the newly appointed Turkish ambassador, His Excellency Ali Riza Günay, in his office in Baghdad on Tuesday, June 22, 2021, as well as exchanging views on the developments of the regional case and their impact on the countries of the region, including Iraq.
His Eminence stressed the importance of developing bilateral relations in a way that achieves the interests of the two friendly countries and respects the sovereignty of both of them, indicating that national security is a joint task for the two countries, which requires raising and maintaining joint security coordination.
His Eminence indicated that Iraq yearns for better relations with the countries of the world and deeper and stronger relations with neighboring countries, adding, "This requires overcoming all differences and complications and achieving the interests of both countries."
Regionally, His Eminence praised the messages of reassurance exchanged between the factions in the region, indicating that Iraq plays an important role in de-escalating the situation and driving everyone towards the arena of dialogue, calling on the countries of the region and the world to assume their responsibility in de-escalating the situation that affected everyone.