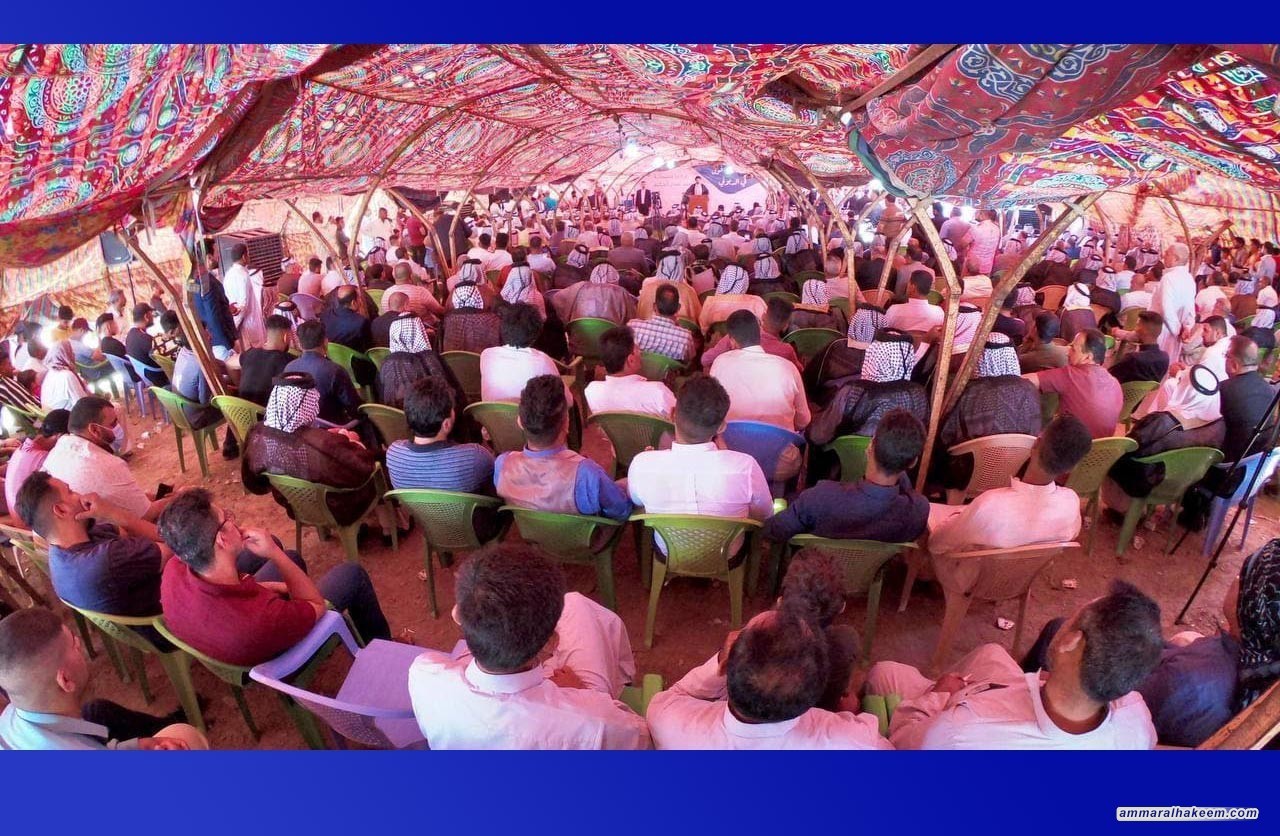 His Eminence, Sayyid Ammar Al-Hakeem, head of the National State Powers Alliance, praised the role of the Iraqi tribes in general and Wasit Tribes in particular, recalling the immortal tales of the tribes in defense of Iraq.

In His Eminence speech that was delivered in the presence of the sheiks and dignitaries of Al-Qaraghul tribe in Wasit province today, Wednesday, June 23, 2021, He indicated that the clan is a social institution in itself and was resistant to all attempts of manipulation, advancement, and delay, saying: The clan is one of the most important pillars of society and does not conflict with its civility.

His Eminence demanded that the tribal sheiks be victorious for Iraq and the national interest and add a new stance to the immortal stances of the Iraqi tribes, as H.E. stressed on holding weapons and aim them towards the enemies of Iraq.

His Eminence referred to the importance of ending the influence of the intersecting international wills in Iraq and the importance of the Iraqi decision and defining the national interest with national standards and tools. And added, the relationship between the political system and the external actor is an inverse relationship. The weaker the first, the stronger the second, and vice versa. This situation must be ended by formulating a relationship with everyone based on the constant Iraqi interest and mutual relations.

His Eminence renewed the warning against calls of frustration and discouragement of people from participating in the elections, indicating that those who raise these calls have a different discourse with their organized audience in which they invite them to participate, energize the determinations and win government seats, pointing out that the strength of the political system is commensurate with the volume of participation.

His Eminence also emphasized the broad, active and conscious participation, recalling the importance of the electoral vote as it is a testimony before Allah for the right of those we vote for, which necessitates scrutiny of the candidates’ resumes, the amount of money spent, and their illegal influence tools such as weapons and the of state property.

His Eminence explained his role in the continuous follow-up of farmers' entitlements with the relevant authorities, stressing that they are an urgent necessity that must be provided regardless of the circumstances.