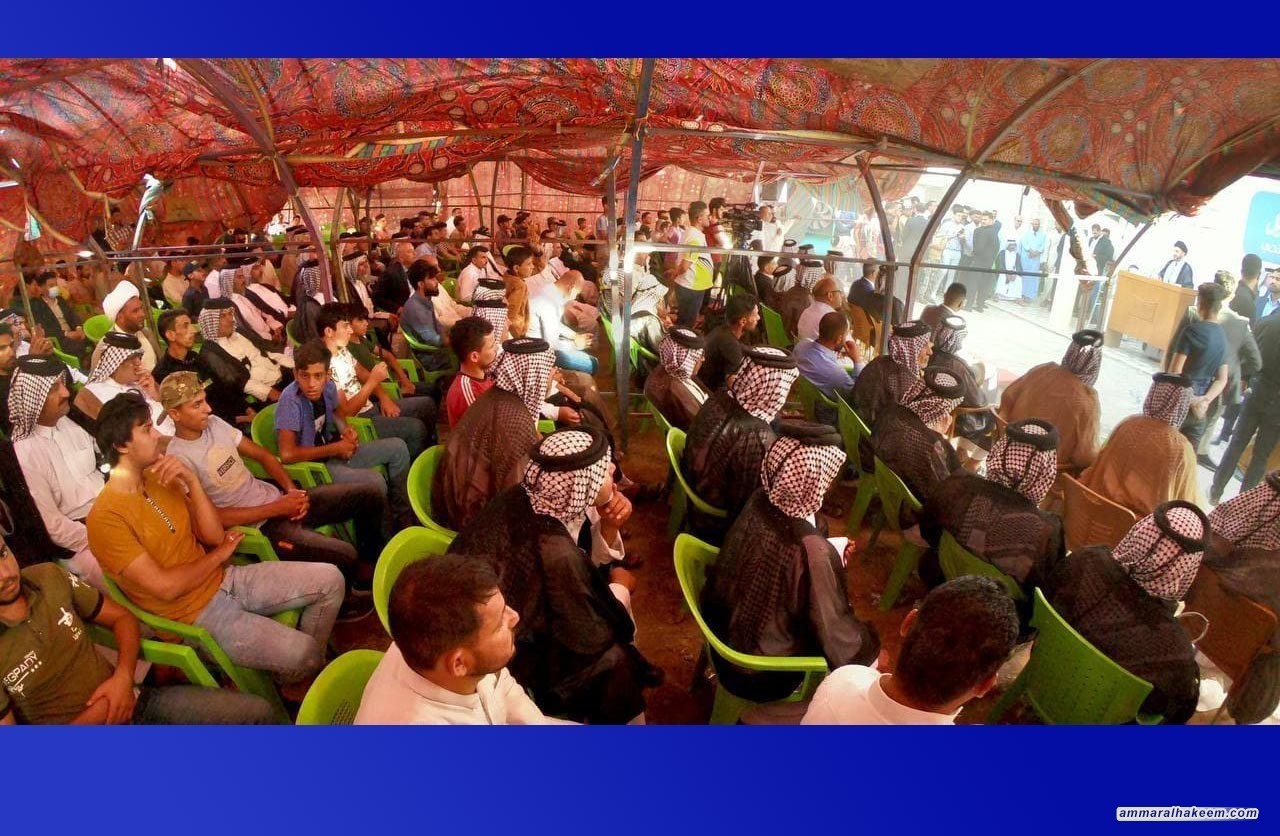 His Eminence, Sayyid Ammar Al-Hakeem, head of the National State Powers Alliance, stressed that the Iraqis have an opportunity to move from the phase of instability to the phase of stability.

His Eminence met with several sheiks and dignitaries of the Ogeil tribe in the district of Al-Hayy in Wasit province, in the guest place of Sheik Karim Dhilal Al-Ali, today Wednesday, June 23, 2021, praising the historical role played by this tribe, through its symbols and the sacrifices of its sons.

His Eminence stressed the importance of the tribe and its role in the cohesion of Iraqi society, saying: The Iraqis have a great opportunity to reap the phase of patience and sacrifices and move from the phase of instability to the phase of stability.
His Eminence renewed his call for broad, active, and conscious participation in the forthcoming general elections, saying “it’s fate-defining, importance and how pivotal it is, he called on everyone to bear their responsibilities towards Iraq and the future of its people.