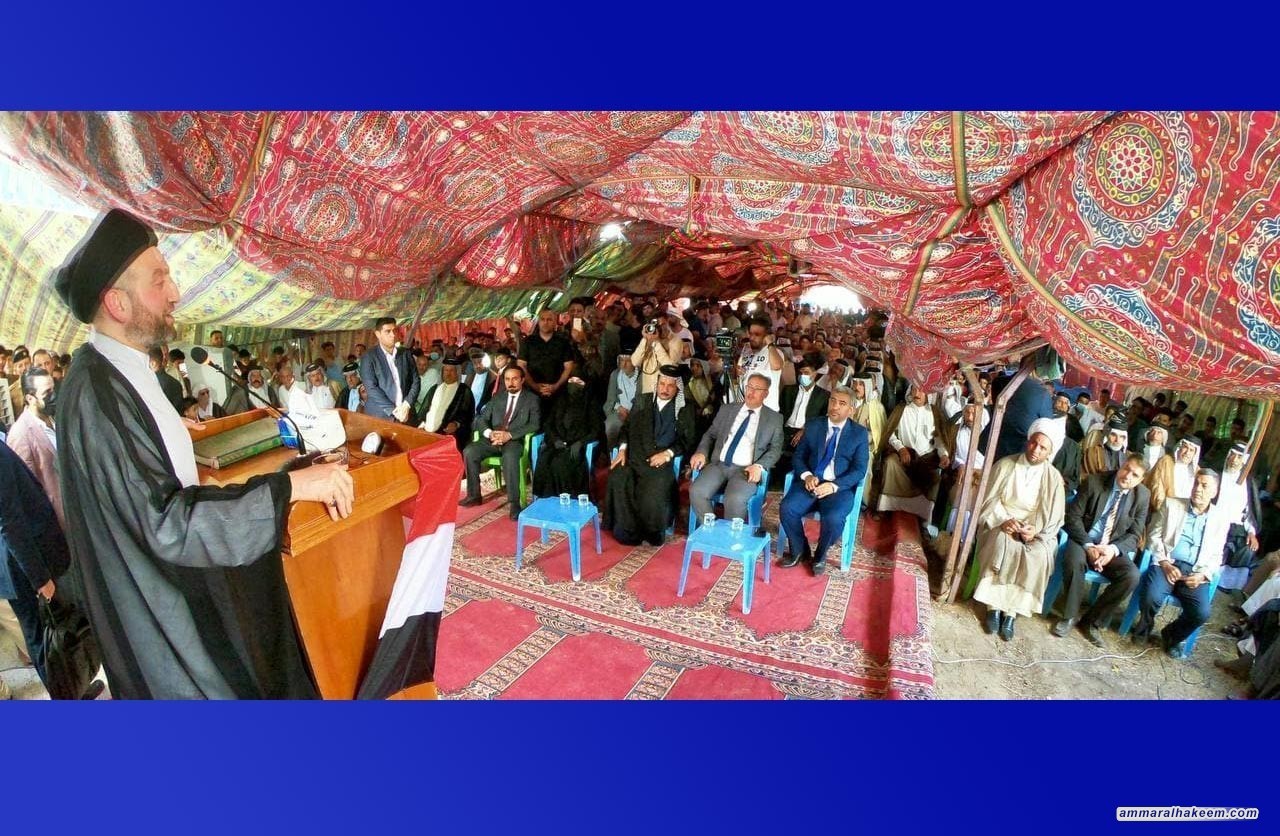 His Eminence, Sayyid Ammar Al-Hakeem, head of the National State Powers Alliance, visited Bani Uqba tribe in Wasit Province, today, Wednesday, June 23, 2021, recalling with them the years of jihad against dictatorship and the role of the Iraqi tribe in building the state and supporting the new Iraqi experience.

His Eminence indicated that Iraq is close to moving from the phase of instability to the phase of stability if we choose well and manage the phase just as. H.E. also stressed the need for broad, active, and conscious participation in the forthcoming general elections, calling on everyone to assume their responsibilities, for the vote is a trust and testimony before Allah towards whom we vote for and entrust.

His Eminence noted that the Iraqi experience was subjected to a slanderous media attack that made the policy of negative generalization the dominant feature, saying: Iraq was subjected to temptations and tribulations for its historical role and the roles required of it in shaping the future.

His Eminence clarified the difference between criticism and re-evaluating the phase, and negative generalization. There is much that has been achieved, but it is below the level of ambition and desires compared to the capabilities that Iraq possesses.