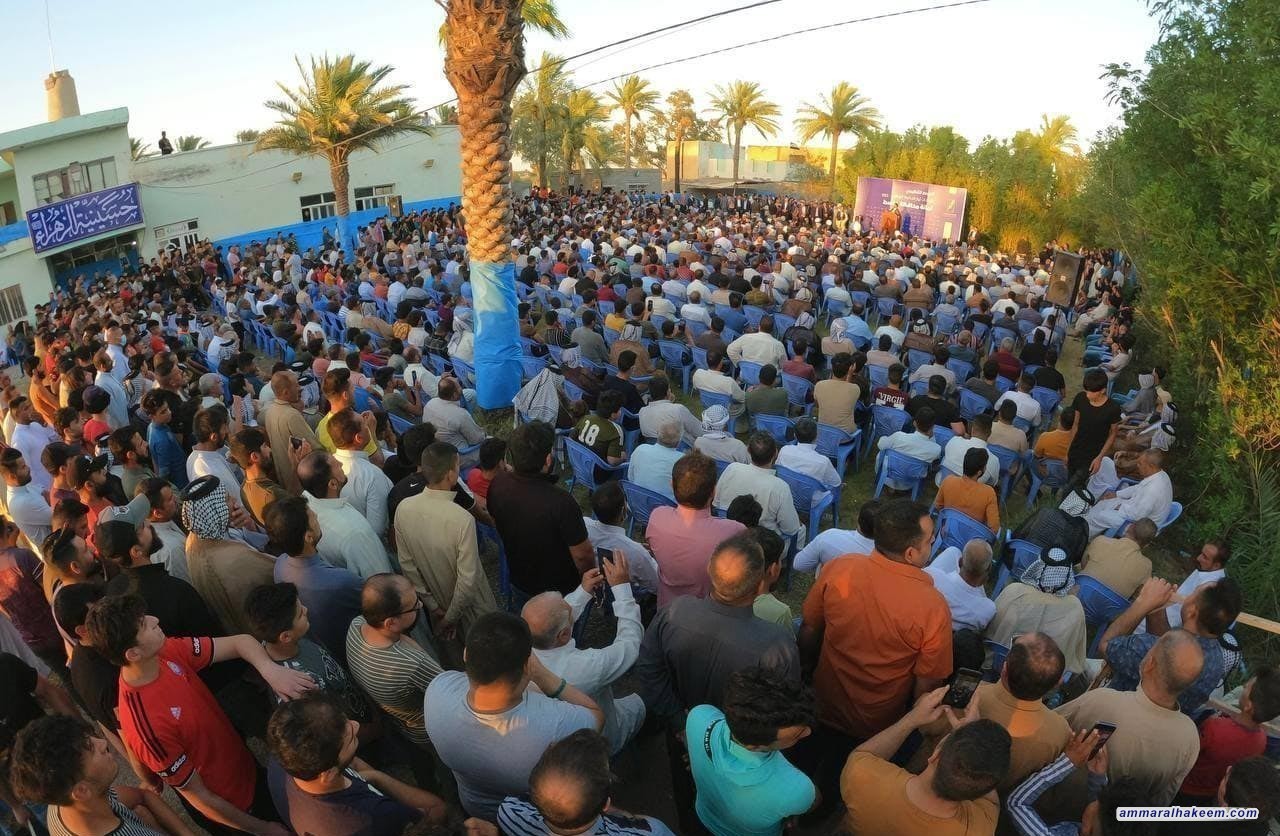 His Eminence Sayyid Ammar Al-Hakeem, head of the National State Powers Alliance, met with a large crowd of organizational leaders of Al-Hikma (Wisdom) National Movement in Wasit province, today, Wednesday, June 23, 2021,
His Eminence indicated the importance of internal cohesion and integration and adoption of the project to support it and praised the role of the sons of Al-Hikma in Wasit Province, saying that the relationship of the sons of Al-Hikma among themselves may be superior to the relationship of blood by belonging to the project and triumph for Iraq and achieving the aspirations of the people.

His Eminence indicated that Al-Hikma project is a reform project and reform projects are often questioned and falsified due to the forward-looking vision that is above everyone, but soon the objector to the project returns to adopting it and sometimes outbidding its launchers.

His Eminence referred to the forward-thinking of Al-Hikma to many of the challenges that Iraq is experiencing at this phase, including the role of youth in making the current transformations, in addition to the unified national identity, the cross-component alliance, the management of diversity, and the new social charter.

His Eminence called on the sons of Al-Hikma to continue to send messages of moderation and mediation, embrace people, unifying their words, overlook some inconveniences, and prepare for greater roles in the next phase.