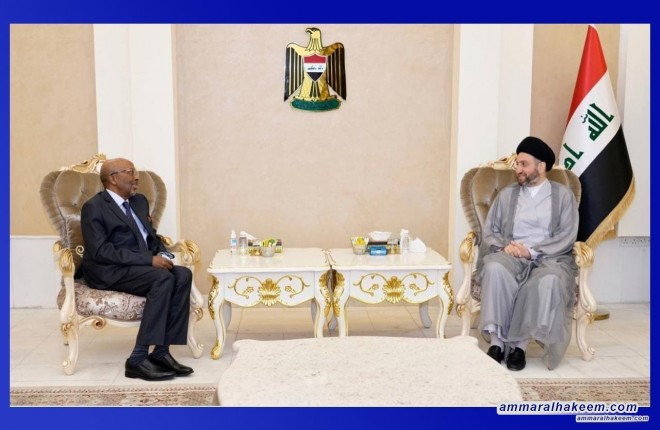 His Eminence, Sayyid Ammar Al-Hakeem, head of the National State Powers Alliance, received the Somali ambassador in Baghdad, His Excellency Liban Shikh Mohamud, today, Thursday, June 24, 2021, and the two sides exchanged views on the challenges facing the region and the Arab vicinity.
His Eminence stressed the return of the Arab system to its original status. It is natural for Iraq to be strengthened by its brethren and its brethren by Iraq.

His Eminence referred to the need to maintain relations between the two countries under the common interest, especially in the field of fisheries and agriculture, and to exchange experiences and expertise in them.