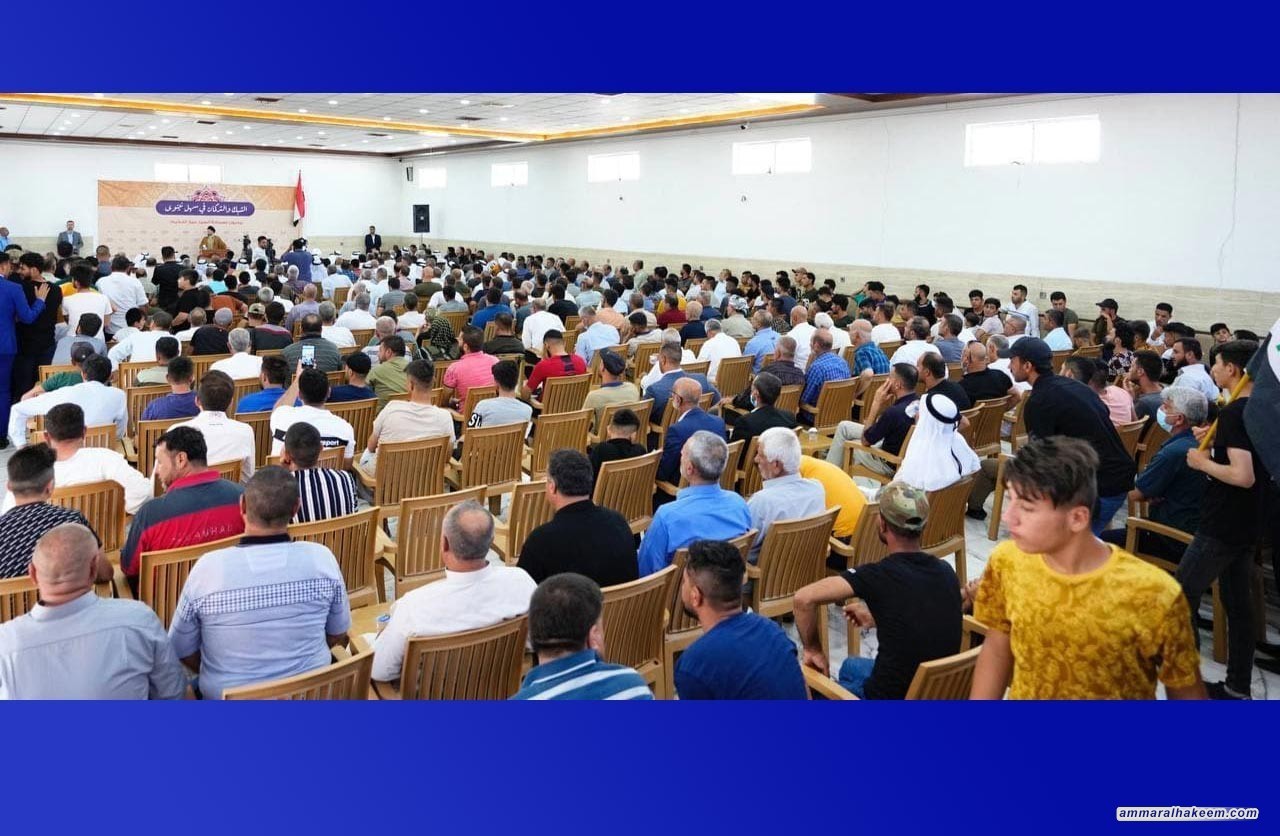 Sayyid Ammar Al-Hakeem, head of the National State Powers Alliance, stressed the unity of the ranks and not allowing political conflicts to be dragged into these regions, during meeting a crowd of Shabak and Turkmen components in Nineveh Plain, today, Friday, July 2, 2021.
His Eminence indicated that the Nineveh Plain was a testament to the divine laws that triumph the steadfast patient people. saying: The security status of Nineveh Plain would not have been achieved without the sacrifices of its people and the blood of its martyrs, and that the Shabak and the Turkmen were targeted because of their national and sectarian affiliation.
H.E. called for the recognition of the value of the sacrifices that were made and to introduce them to future generations.
His Eminence stressed the importance of assuming responsibilities towards Iraq through a good choice to reach the stage of stability, reiterating his call for broad, effective, and conscious participation in the early general elections.