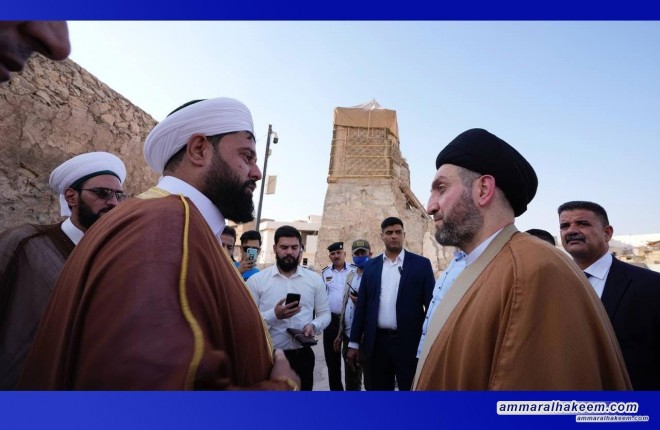 His Eminence met with several clerics and stressed the importance of rebuilding Al-Nuri Mosque and the entire ancient city that was affected by terrorism. H.E. noted that the process of targeting places of worship and the city’s archaeological landmarks came to confirm that terrorism targets everyone without exception, calling for the need for cooperation and solidarity among all components to restore life to the city.