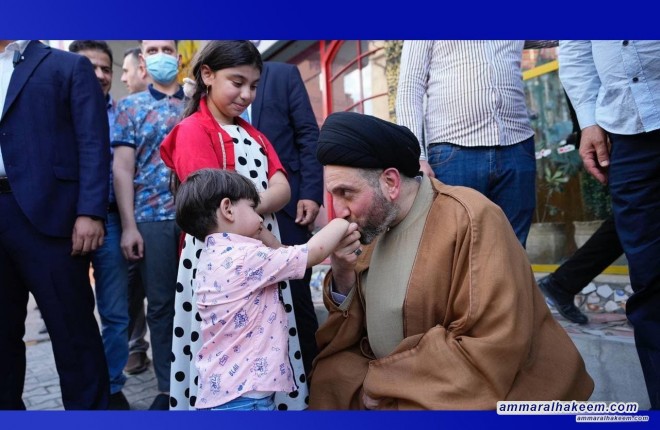 Sayyid Ammar Al-Hakeem, head of the National State Powers Alliance, visited the east side of Mosul and was briefed on the extent of the destruction inflicted on the city as a result of the terrorist control of ISIS during his visit to Nineveh Province, today, Friday, July 2, 2021.

His Eminence called on the relevant government authorities to expedite the reconstruction process, remove the rubble from the city’s streets, and compensate those affected, stressing the need to preserve the identity of Mosul and its ancient heritage.