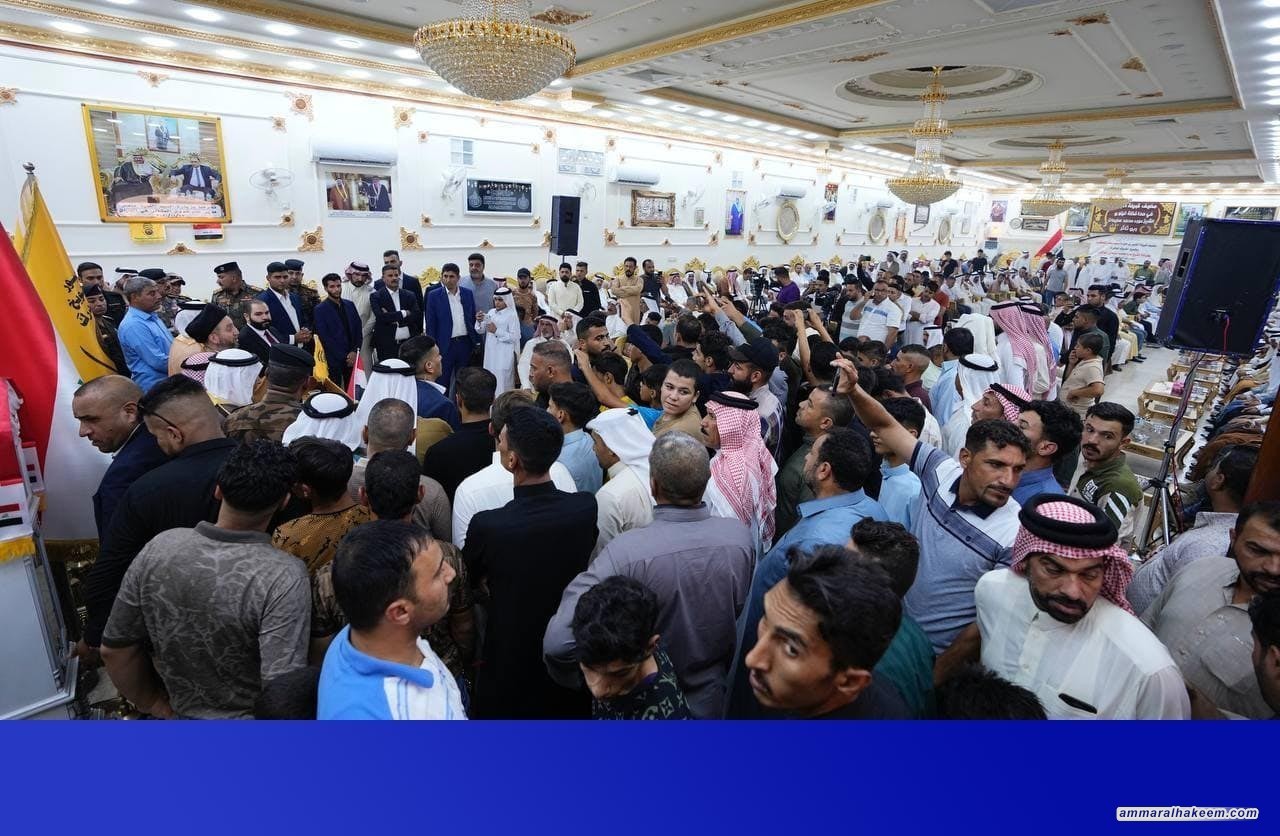 Sayyid Ammar Al-Hakeem, head of the National State Powers Alliance, during his visit to the guest-place of Sheik Awad Muhammad Suleiman Al-Jubouri in the city of Mosul, today, Friday, July 2, 2021, said that preserving Iraq is by preserving its components and the strength of Iraq lies within the strength of its components and the importance of eliminating crises and returning to be as one nation.

His Eminence recalled the history of Mosul and its impact on the movement of history, stressing the importance of rebuilding hearts and souls and removing the social scars that resulted from wars and displacement, with the need to reap the fruits of sacrifices and draw lessons from the experiences that Mosul and Iraq went through.

His Eminence called for broad, active, and conscious participation in the general early elections, calling on tribal leaders to urge the public to participate.

His Eminence emphasized that the elections will take place on the specified date and there will be no postponing whatsoever, and it is necessary to make a good choice and re-evaluate the previous decisions, and to invest in a positive regional and international image of Iraq, provided that the general elections produce a reassuring national equation through which Iraq will be independent and belongs to its people.

His Eminence warned of political money and its role in changing people's convictions, calling for scrutiny of the purpose of spending huge sums to obtain seats in the House of Representatives, indicating the importance of paying attention to call for reform and investigating the backgrounds of those who spread them.