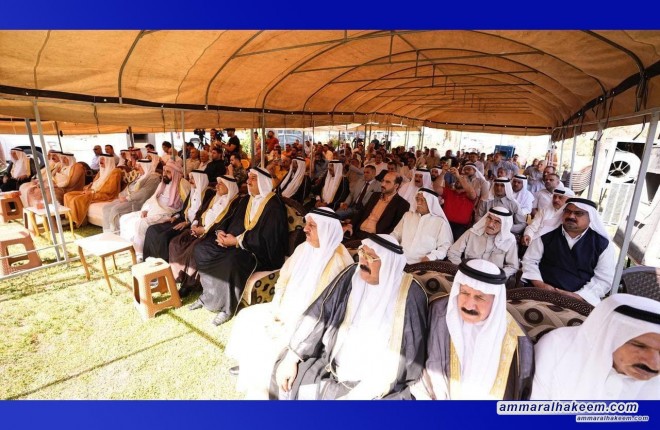 Sayyid Ammar Al-Hakeem, head of the National State Powers Alliance, called to reject any party that adopts sectarian discourse as a means to reach power in the next phase, stressing that sectarianism in Iraq is political, not societal, and the diversity of Iraqi tribes is the best proof of that, during his visit to the village of Al-Qerdabiya and meeting with a group of sheiks and dignitaries of the region in the guest-place of Sheik Abdilmuhsen Al-Bayati, as part of His Eminence tour in Nineveh Province, today, Saturday, July 3, 2021.

His Eminence reiterated the need for the state to support the Iraqi tribes without interfering in their affairs, stating that the tribe is a social institution that regulates social life and often succeeds where others fail, as the tribe is a source of cohesion and a key to the solution to any sectarian practice.

His Eminence stressed that participation in the upcoming elections is a right and that it is the most important tool to achieve the desired change, calling for a greater role than all to highlight the danger of not exercising this right.