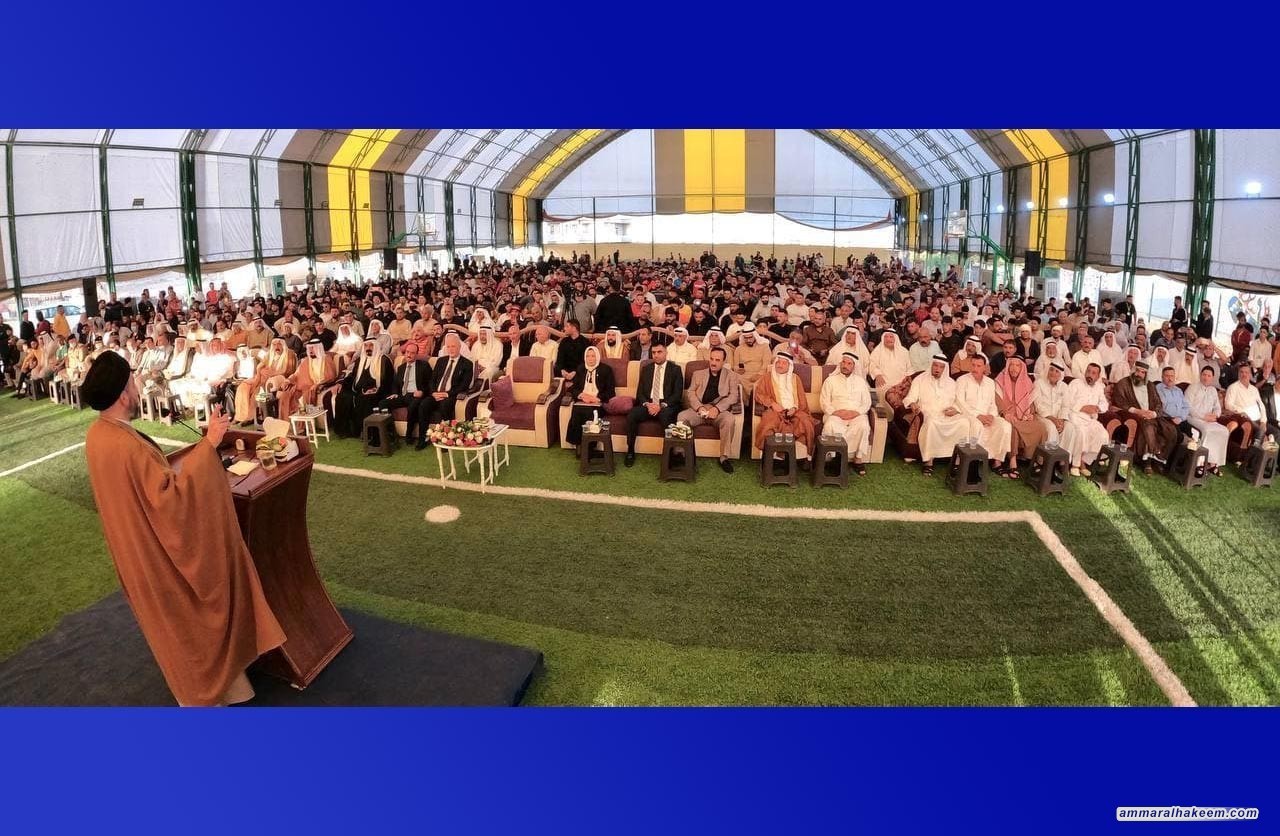 Sayyid Ammar Al-Hakeem, head of the National State Powers Alliance, confirmed that the elections are a dividing line between instability and stability, and everyone should assume their responsibilities in participating and urging people to do so and pass the banner for patriotic people who only take sides in the interest of Iraq and its people, during his meeting with a crowd of sheiks, dignitaries and competencies in Tal Kaif district in Nineveh Province, today, Saturday, July 3, 2021,

His Eminence stressed the importance of societal unity and cohesion, saying: When terrorism targeted all of us, we knew at that time the value of societal cohesion under which we lived and communicated with and through it with everyone.

His Eminence showed the importance of expressing subsidiary identities within the framework of the unifying national identity to achieve the Iraqi nation and the capable Iraqi state, the state of institutions, citizenship, and equal opportunities.

His Eminence made it clear that the country's problems do not lie in people, money nor competencies, but rather lie in the absence of a capable state in which the law is above all, and that one of the biggest testaments of the state's absence is the suffering of various services.

H.E. reiterated his call for a cross-component alliance, expressing his regret that some did not accept it, not for the origin of the idea, but for the nature of the alliance that limits resonant speeches and sectarian and nationalist scramble, saying: The solution is a harmonious political team that overrides the Iraqi interest over any other interest.