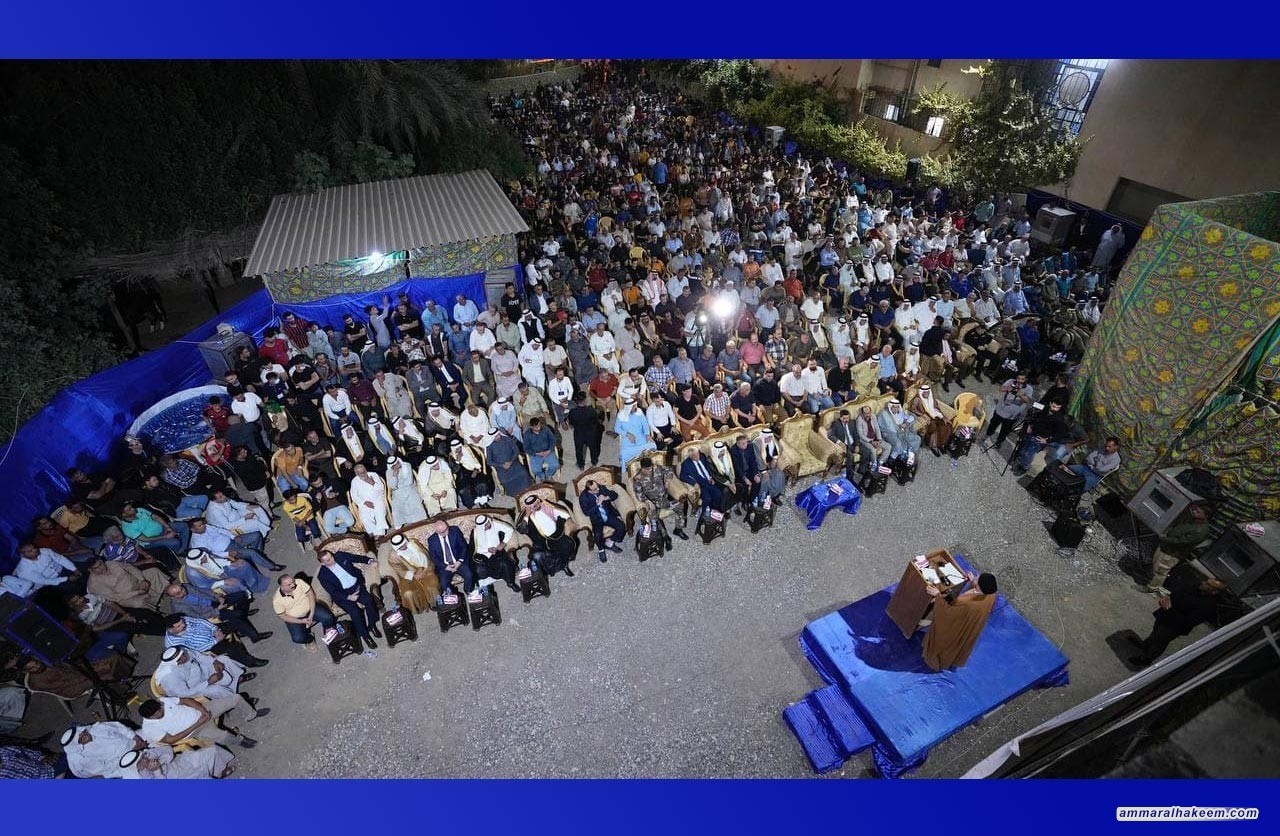 Sayyid Ammar Al-Hakeem, head of the National State Powers Alliance, stressed the conscious, broad, and active participation in the general elections, and that it is capable of change and bearing the responsibilities on the sheiks and dignitaries of Nineveh to urge people to participate in moving Iraq from the stage of instability to the stage of stability while meeting a large crowd of honorable sheiks, dignitaries and the people of Mosul in the guest-place of Bani Hamdan, led by Sheik Othman Allawi Al-Hamdani. today, Saturday, July 3, 2021.

His Eminence illustrated that roaming in Nineveh triggers a complex feeling, sometimes characterized by sadness for the effects it suffered due to ISIS gangs, and sometimes rejoice and gladness for the determination of the city and its people to launch and adhere to the messages of life and to reject the extraordinary phase in which the obscurantists took control.

His Eminence stressed the importance of overcoming the phase, eradicating crises and learning from what happened so as not to repeat it and stressing the need to build the state as the first solution to building Iraq and providing services, and that it is capable of restoring competencies and stopping the attrition happening to this segment so that they can contribute with their brothers in building Iraq, and pointing out that the role of Iraqis in supporting and dreaming of life is solid evidence proofing that the problem was not a problem of men or money, and this occurred in many situations.