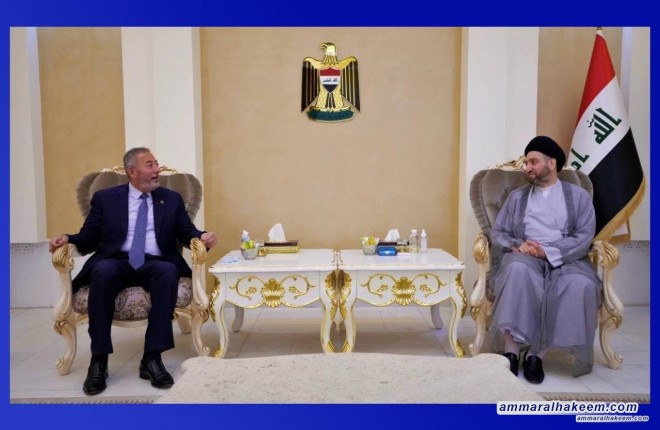 Sayyid Ammar Al-Hakeem, head of the National State Powers Alliance, during his meeting with the Jordanian Ambassador in Baghdad, Monday, July 5, 2021, Dr. Muntesir Al-Zaubi, discussed the bilateral relations between Iraq and the Hashemite Kingdom of Jordan and ways to strengthen them, as well as the developments of the political scene in Iraq and the region, pointing to the importance of the tripartite summit in Baghdad as It represents Iraq's return to its regional and international status.
His Eminence affirmed that the summit comes within the framework of Iraq’s restoration of its pioneering role by being an arena of convergence and not an arena of disagreements and disputes in the region, referring to the nature of the Iraqi political scene, its developments, and the forthcoming electoral entitlement, and considering it a pivotal era in Iraq’s history and draws a line between stability or the continuation of the status quo.