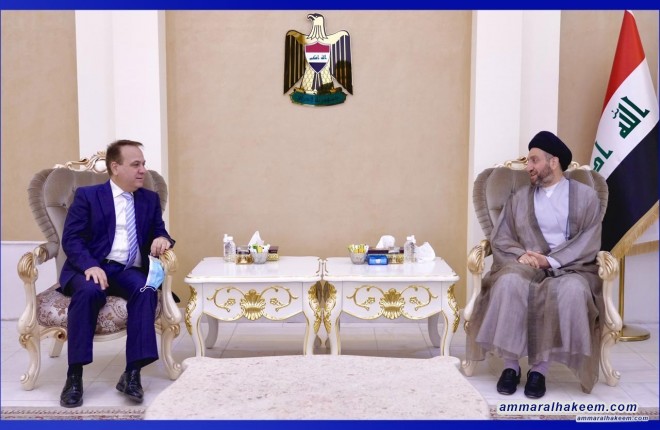 Sayyid Ammar Al-Hakeem, head of the National State Powers Alliance, met with the Lebanese ambassador to Baghdad His Excellency Mr. Ali Adeeb Al-Hebhab, Tuesday, July 7, 2021, and discussed the bilateral relations between Iraq and Lebanon and the common interests between the two brotherly peoples.
His Eminence emphasized promoting communication between the two countries to achieve the highest benefit for both.
His Eminence expressed his sympathy with the crisis that Lebanon is going through, showing his support for the Iraqi government's efforts to support the Lebanese people.
His Eminence highlighted the importance of joint projects in the region, calling on everyone to partake in these projects and make them a success. These projects do not target anyone as much as they are a message of openness directed to all, following common interests and deepening the bonds of cooperation between the peoples of the region.