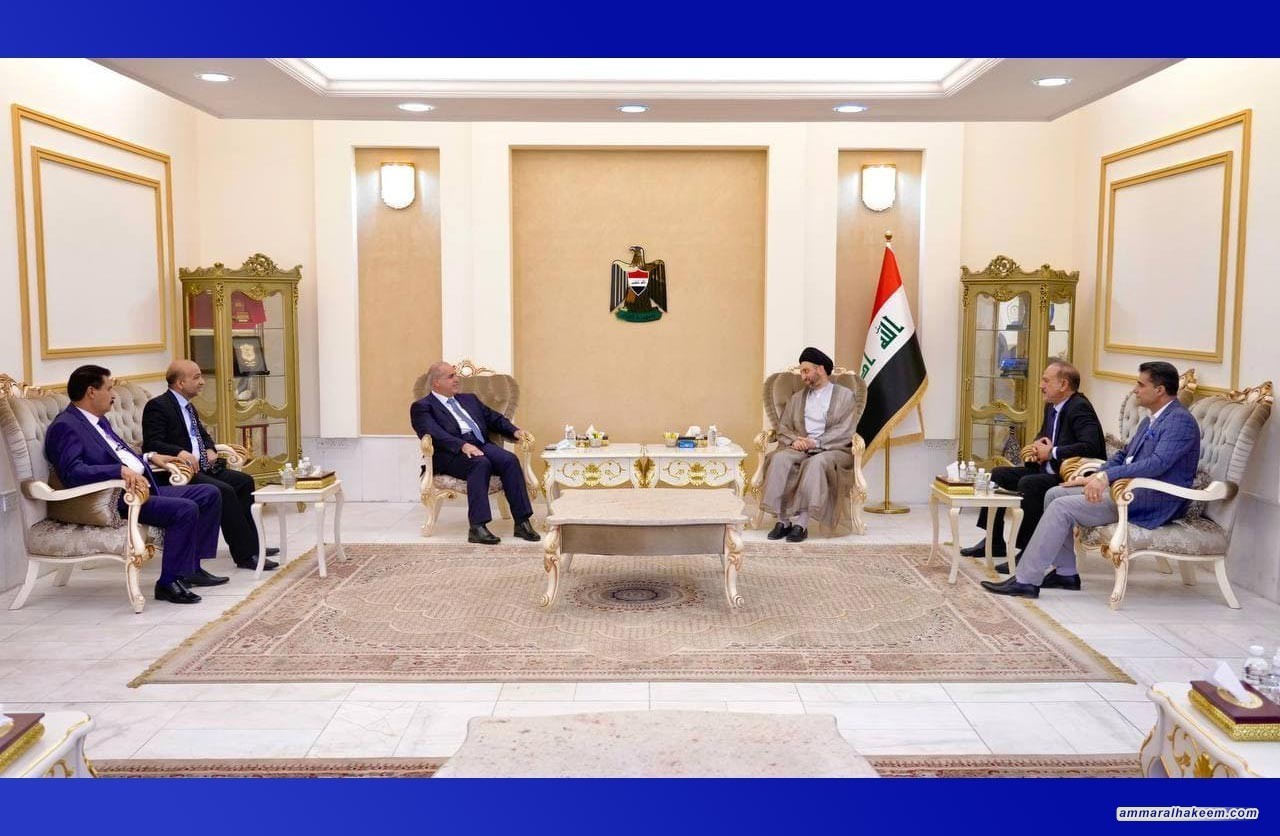 Sayyid Ammar Al-Hakeem, head of the National State Powers Alliance, met with the delegation of the University of Babylon, headed by the President of the University, Dr. Qahtan al-Jubouri, and several deans of faculties and teachers, on Wednesday, July 7, 2021,
H.E. indicated the importance of the university in the socialization of all segments of society and the importance of sponsoring educational institutions, including universities being one of the testaments of the development of countries.
His Eminence called for a greater role for research and studies centers in developing state institutions. As well as calling redress the professors as they are the scientific foundation. His Eminence emphasized taking care of sobriety of education and the classification of Iraqi universities, and the need for harmonization between public and private universities in terms of feasibility and production, stressing the involvement of the private sector in some projects within universities to contribute to the development of the educational structures, calling to issue land titles to professors as a gesture of appreciation of their efforts.