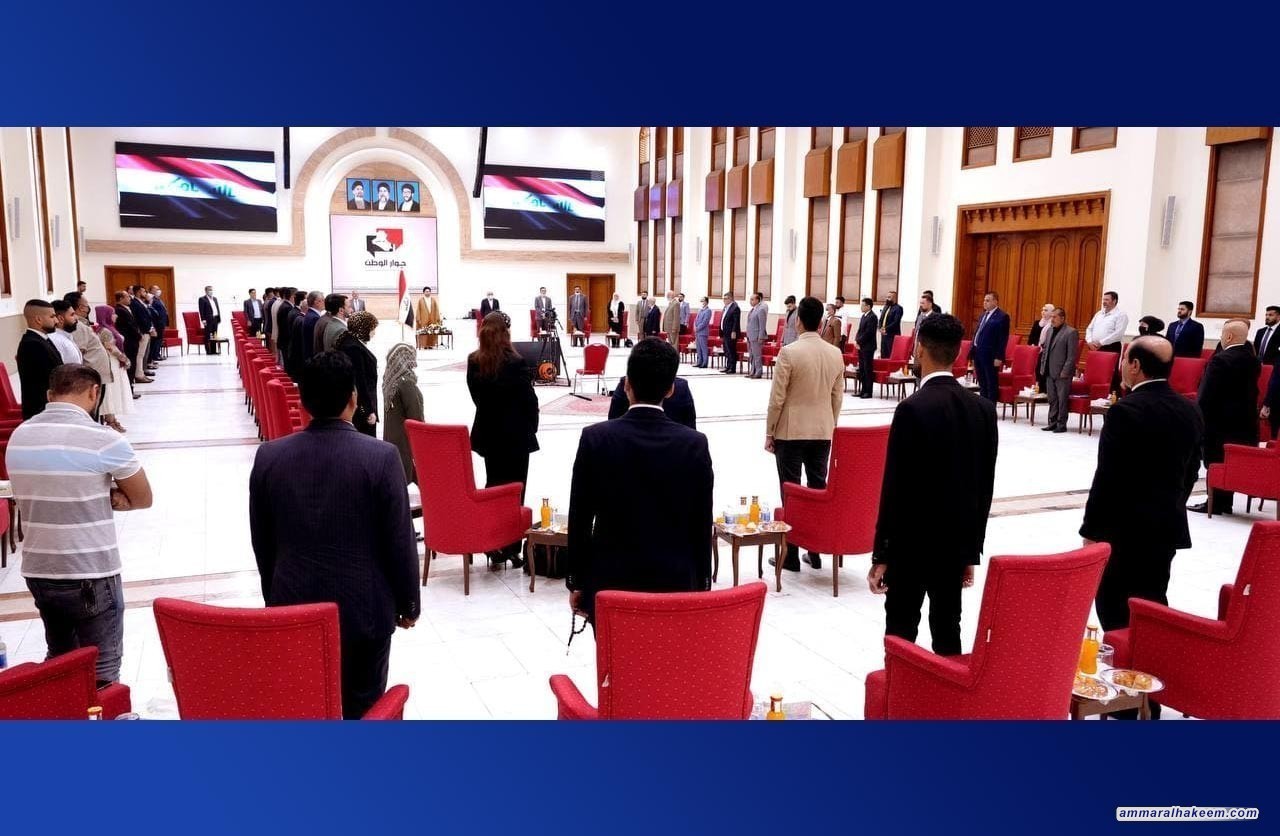 Sayyid Ammar Al-Hakeem, head of the National State Powers Alliance, met with a group of political science professors, writers, and academics with different specializations on Friday, July 16, 2021, and discussed with them the developments of the political situation, public affairs, and the challenges facing Iraq, indicating the importance of looking at opportunities that come in line with challenges, and said that October was a huge variable that created many developments regardless of the agendas that got inserted later and tried to disrupt the scene.
His Eminence indicated that challenges are almost an inherent characteristic of all countries in the region and even the world at this time in conjunction with the Corona crisis and its effects, in addition to the American withdrawal from more than one place in the world, stressing the need for Iraq to be on the path of stability and move towards construction, development, and prosperity again.
His Eminence calls to deal with Iraq as an Iraqi nation uniting multiple peoples, and emphasize the management of diversity and bring out the most efficient and impeccable of every kind. H.E. also stressed the importance of building a state of institutions as a starting point towards building Iraq and ending its crises, and that the state needs a team that believes in it, who is strengthened by its strength and weakened by its weakness and will not overwhelm it.
His Eminence counted the elections as a decisive line and the lesson lies within its outcomes, which must achieve balance and lead to the reassuring equation internally, and said, “The formulation of the Iraqi equation will enable Iraq to proceed and forcing obstructionists to remove the wheel clamp, stressing that the elections will be held on schedule and that this is part of the government’s commitment.” Adding, “Iraq suffers from a crisis that can be resolved if everyone demonstrates the will for a solution and dialogue.”
His Eminence called for work to restore confidence between the public and politicians, warning against the increase in the gap as it will badly affect the positives and a rise in the negatives, and the importance of everyone incentivizing towards steps that preserve the country and achieve its interests with everyone without entering into the international and regional aspects.