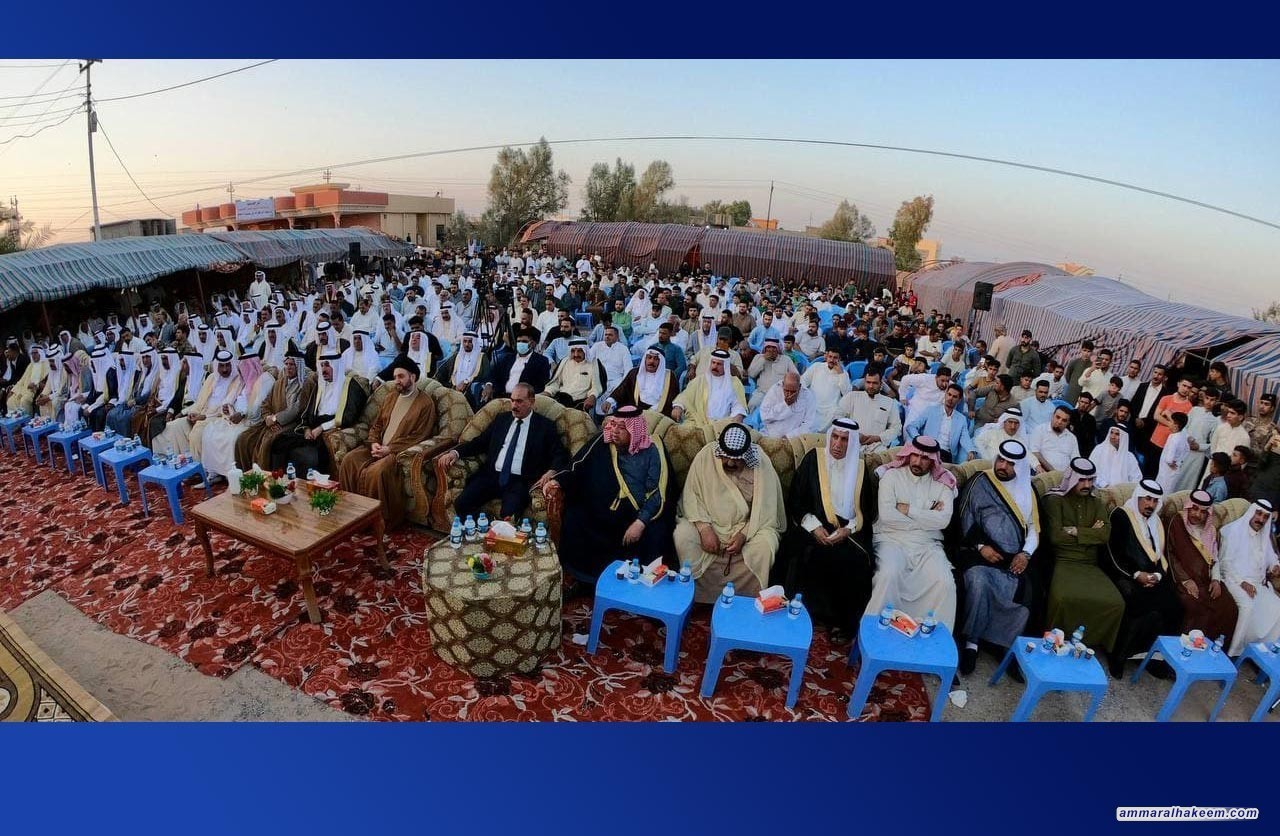 During the visit to Saladin Province, and in the guest-place of Al-Hejjaj tribe, the guest-place of Sheik Assad Ahmed Al-Salih in Al-Hejjaj district, Sayyid Ammar Al-Hakeem, head of the National State Powers Alliance, met a large group of sheiks and dignitaries of the province on Monday, July 25, 2021.
His Eminence indicated the nature of the phase that Iraq is undergoing and the role of each party in getting the country out of political crises.
His Eminence said that part of what Iraq has suffered is related to the nature of the changes, as the fall of a centralized system and the transition to a pluralistic democratic system, as well as the vision of the countries of the region and the world of the new Iraqi reality and looking at it from the standpoint of their interests, calling for changing this reality through the roles that must be played by the people of Iraq.
His Eminence renewed his call for the adoption of the national identity and the Iraqi nation, as they are capable of building the mighty and strong Iraqi state in which the rule of law is above all. H.E. urged tribe elders and dignitaries to urge people to participate broadly, effectively, and consciously in the general elections. H.E. the importance of supporting and empowering the Powers that believe in the state and that the national interest prevails its personal interests.