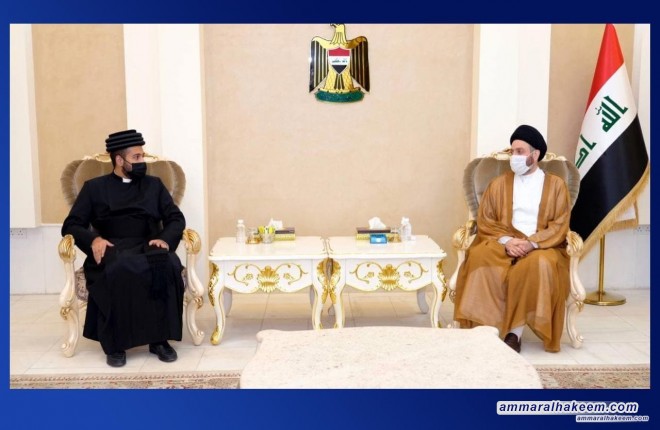 Ammar al-Hakim, head of the National State Powers Alliance, received in his office in Baghdad Thursday July 29, 2021, the pastor of the ancient Eastern Church and valued his congratulations on the occasion of the great Eid Al-Ghadeer, “We met the pastor of the old Eastern Church in Baghdad, Father Shimon Younis, and we thanked him for his wishes on the occasion of the Great Eid al-Ghadir. We discussed, with His Eminence the public affairs and the reality of Christians in the East, where we stressed investing all capabilities to strengthen national unity and build a unifying national identity.” Adding “Christians are a qualitative addition to Iraqi society and a component that is not measured in number as much as its role, status, and common history with the rest of the Iraqi components.”