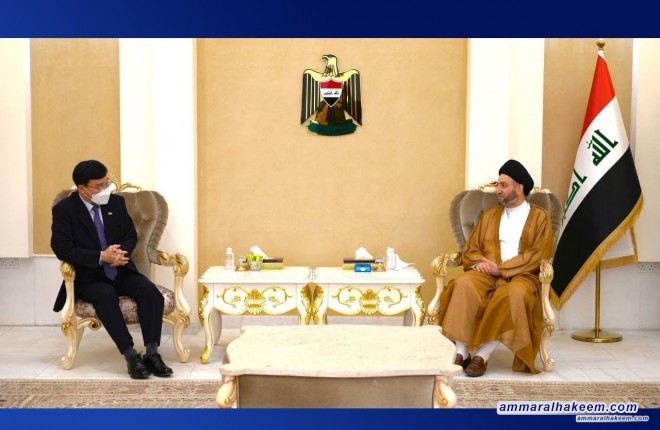 Sayyid Ammar Al-Hakeem, head of the National State Powers Alliance, received His Excellency Jang Kyung-wook, Ambassador of South Korea in Baghdad in his office in Baghdad Sunday, August 8, 2021,
The parties exchanged views on the developments of the political scene in Iraq and the region, as well as the bilateral relations between Baghdad and Seoul, stressing the exchange of experiences between the two countries, and the need to benefit from the Korean experience in reconstruction and development.
His Eminence indicated that Iraq offers opportunities in the field of investment, calling on Korean companies to have a greater presence in all sectors.
Regarding the early general elections, His Eminence stressed how pivotal it is, and said that it draws the line between stability and instability, stressing competition according to electoral programs and providing a safe environment for both the candidate and the voter.