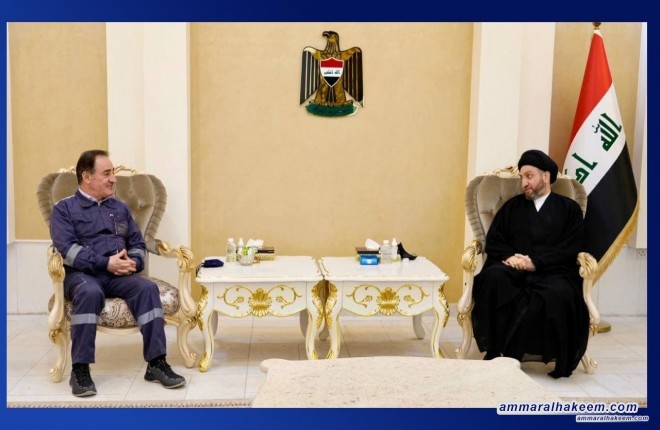 Sayyid Ammar Al-Hakeem, head of the National State Powers Alliance, received the Deputy Minister of Electricity Mr. Adil Kareem on Wednesday, August 25, 2021 and discussed the electricity status in Iraq. His Eminence listend to His Excellency’s display of the efforts of the ministry to provide electricity.
His Eminence stressed the need for concerted efforts to provide the best services to the Iraqi people, the foremost of which is electric energy. While His Eminence also stressed the need to work on alternative energy and diversify production sources, such as solar energy cells, and urge citizens to acquire these systems.
His Eminence referred to the importance of developing all stages of production, transmission, distribution, collecting bills, increase awareness-raising campaigns, and educate the masses on energy consumption, and indicating the need to protect electrical towers and reduce the electrical energy loss in the power lines.