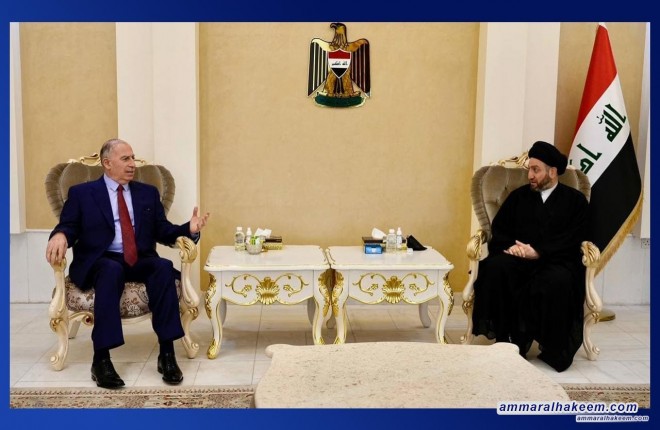 Sayyid Ammar Al-Hakeem, head of the National State Powers Alliance, received in his office in Baghdad the head of the Salvation and Development Front, Mr. Osama Al-Nujaifi today, Thursday, August 26, 2021, and discussed with him the entitlements and challenges that await Iraq in the upcoming phase.
His Eminence emphasized holding the elections on time, competing based on plans and programs, and confronting any sectarian and racist discourse aimed at tearing society apart for electoral gain. calling everyone to confront these orientations because they cause nothing but harm.
His Eminence pointed out the importance of supporting Iraq in its regional and international tracks and that the stability of the region is the stability of Iraq and vice versa, renewing the call to contribute to Iraq's restoration of its regional and international status.